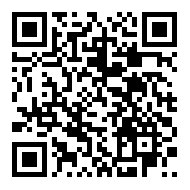 He said, ″Pesticides are toxic substances which are registered for use in the country by the Registration Committee only after satisfying itself about their efficacy and safety to human health, animal and environment. The Pesticide does not pose any adverse effect on human beings, animals, and the environment if they are used as per the label and leaflet approved by the Registration Committee. Accordingly, Glyphosate is registered for use in tea plantations and non-cropped areas only. Use of Glyphosate is not banned in India.″