New SDHI set for 2012 in battle against septoria 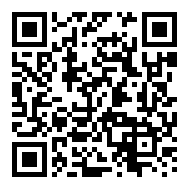 Cereal growers look set to have the option of a powerful new weapon against septoria and other key diseases next season following the successful progression of carboxamide (SDHI) active ingredient Xemium through the European approvals process.

Manufacturer BASF says it is on track for a UK launch of Xemium (fluxapyroxad) in 2012 for use in wheat, barley, oats, rye and triticale - subject to CRD (Chemicals Regulations Directorate) approval.

According to the company’s cereal fungicide manager, Peter Hughes, Xemium will feature in a range of co-formulated fungicide products planned for introduction over the next two to three years. An epoxiconazole+Xemium co-formulation is expected to be the mainstay of the range.

According to BASF, Xemium is the ‘most active fungicide on septoria tritici in wheat’. And with curative activity superior to that of the triazole epoxiconazole, a Xemium+ epoxiconazole co-formulation would plug some of the rust gaps seen with current SDHI’s, he said.

In barley, Xemium is described as a strong all-rounder, offering excellent control of all barley diseases, including rhynchosporium, net blotch, rust and ramularia.

BASF’s positioning plans for Xemium appear to differ from those of other manufacturers offering rival SDHIs in the UK market, where the message has generally been one of high dose rates used at T2 in higher yield potential crops.

"We’ve seen strong yield responses in all situations,” said Mr Hughes. “There is a dose rate flexibility so that if you are in a low dose situation, there’s nothing stopping you tailoring the rate to the particular crop or disease situation. We are happy we have got an active ingredient which can fit that bill.”

Speaking at a trials site near Dublin in the Irish Republic, at which Xemium’s activity against septoria was clearly evident, Teagasc head of crop science John Spink said SDHI fungicides were a step up, in disease control terms, from straight triazoles.

"Our concern is that they might not last too long if they are not used carefully,” he said.

Using low rates of SDHI products would mean low levels of triazole would be applied.

"In which case, what are you protecting the SDHIs with?” said Mr Spink. Irish growers would use SDHIs at T1 and T2 and Teagasc would advise tank mixing with Bravo (chlorothalonil).