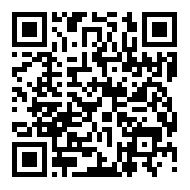 AIL, DFPCL join hands for offtake and supply of Nitric Acid for 20 years

According to Agrochemical Industry sources, the Delhi High Court has granted a three-month stay on the notification released by the Central Government that restricted the use of the herbicide glyphosate.

The Court instructed the Central Government to examine the judgment with all parties involved and come up with a resolution in the meantime as part of its ruling, during which the notification ″restricting″ the use of glyphosate will not be in effect.

Earlier, a notification released by the Central Government on 25th October 2022 mentioned that the use of glyphosate can only be done through pest control operators (PCOs) because of potential concerns to human and animal health. Since then, only PCOs with a license to use lethal chemicals on pests like rodents have been permitted to apply glyphosate.

Mr. Harish Mehta, Technical Advisor, Crop Care Federation of India told Krishak Jagat, ″CCFI was the first to go to court as it infringed the use of glyphosate which has been used for decades without any adverse effect on the crop, human or the environment. The notification was not in the interest of farmers″.

Mr. Durgesh C Sharma, Secretary General, CropLife India told Krishak Jagat, ″Delhi High Court’s decision is favorable, taking in cognizance the infrastructure of PCOs in the country. There has been no incidence involving Glyphosate and its restricted use will largely affect the small & marginal farmers″.