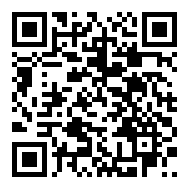 At the meeting of the Standing Committee on Plants, Animals, Food and Feed held on 14 October 2022, Member States voted on a draft Commission Implementing Regulation proposing to extend the existing approval by one year in accordance with Article 17 of Regulation (EC) No 1107/2009.  Although a clear majority of Member States supported the proposal, a qualified majority was not achieved and no opinion was reached. The Commission has referred the draft Regulation to the Appeal Committee, which will be convened on 15 November 2022 for further deliberation.

According to sources inside the meeting, among the voting members, Luxembourg, Malta and Croatia opposed the proposal, while France, Germany and Slovenia abstained. As a result, the proposal finally won 64.73% support, slightly lower than the required 65%, but failed to pass.

The extension of the approval is required due to delays incurred during the ongoing peer review process (see below for further information). The current planning by EFSA indicates that its conclusions on the peer review will be available in July 2023. Consequently, the assessment as to whether the approval criteria are expected to be fulfilled for glyphosate in accordance with Article 4 of Regulation (EC) No 1107/2009 is still ongoing, so that the renewal procedure cannot be concluded prior to the current expiry of the approval on 15 December 2022.

This extension is without prejudice to the decision on whether the approval of glyphosate can be renewed or not, which can only be taken once the scientific evaluation will have been completed.

Status of glyphosate in the EU

Glyphosate is currently approved in the EU until 15 December 2022.

Therefore, glyphosate can be used as an active substance in Plant Protection Products (PPPs), until that date, subject to each PPP being authorised by national authorities following an evaluation of its safety.

On 10 May 2019, the Commission appointed four Member States (France, Hungary, the Netherlands and Sweden) acting jointly as 'rapporteurs' for the next assessment of glyphosate – this group of Member States is known as the Assessment Group on Glyphosate (AGG).

An application was submitted by the Glyphosate Renewal Group and then checked by the AGG to ensure it fulfilled the requirements of the applicable EU legislation (Commission Implementing Regulation (EU) No 844/2012 on the renewal procedure for active substances).

The supplementary dossiers containing the required set of scientific studies and literature data were submitted by the Glyphosate Renewal Group on 8 June 2020 (before the deadline of 15 June 2020).

The AGG carried out an admissibility check of the supplementary dossiers followed by an assessment of all available information.

On 15 June 2021, the AGG submitted to EFSA and ECHA its assessments in the form of a draft Renewal Assessment Report (dRAR) and a CLH Report containing a proposal for harmonised classification and labelling, respectively.

On 23 September 2021, EFSA and ECHA launched public consultations on the reports delivered by the AGG, which ended on 22 November 2021.

During the public consultation, a number of NGOs submitted an open letter to Commissioner Kyriakides highlighting their concerns about the renewal assessment procedure and in particular about the credibility of studies submitted by the applicant in the renewal dossier and about the use of scientific peer-reviewed open literature in the risk assessment. The NGOs also asked for financial support from the Commission for an ongoing study by the Ramazzini Institute. The Commissioner responded.

The AGG together with EFSA and ECHA considered the comments received during the public consultation and the reactions of the GRG to them. Based on an initial analysis of the comments and the reactions of the GRG, EFSA - in consultation with the AGG - requested additional information from the GRG in accordance with the Regulation governing the renewal process (Regulation (EU) No 844/2012). Given the volume of new information received through the public consultation, the amount of action points identified for AGG following the evaluation of those comments, and the need to evaluate additional information that was requested from the applicant by EFSA, the AGG indicated that more time is needed to provide an updated draft renewal assessment report (dRAR).

In addition to the public announcement, EFSA and ECHA wrote to Commissioner Kyriakides.

On 30 May 2022, ECHA’s Committee for Risk Assessment (RAC) agreed that the current harmonised classification of glyphosate should be retained (i.e. as causing serious eye damage and being toxic to aquatic life). Based on a wide-ranging review of the available scientific evidence, RAC concluded, as in 2017, that classifying glyphosate as a carcinogen is not justified. In June 2022, the Health and Environment Alliance (HEAL) published a report which argued that ″the cancer studies provided by pesticide companies for the carcinogenicity assessment of glyphosate show the clear potential for the substance to cause cancer″.

Further details about the peer review process and the process for harmonised classification and labelling can be found on the dedicated webpages of EFSA.

At the end of the peer-review process, EFSA will adopt a Conclusion on the peer review of the pesticide risk assessment, which will also take into account the Opinion that the Risk Assessment Committee of ECHA will adopt on the harmonised classification and labelling for glyphosate.

The Conclusion and the AGG’s renewal assessment report will be analysed by the Commission which will then put forward a renewal report and a draft Regulation to the Member States, on whether the approval of glyphosate can be renewed, or not. Discussions will then take place in the Standing Committee on Plants, Animals, Food and Feed (PAFF Committee) prior to a vote by the Member States on the Commission’s proposal.