Fungicides in short supply in Argentina due to import restrictions 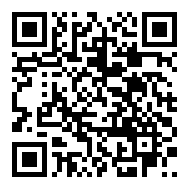 A shortage of US dollars in the coffers of the Central Bank of the Argentine Republic (BCRA) has concerned the country's agricultural sector, which is already suffering from short supplies of products for controlling diseases and pests.

According to the Chamber of Agricultural Health and Fertilizers (Casafe), an entity that groups together companies in the agrochemical sector, there is ″a shortage in some brands, for example, in fungicides used for treating wheat and barley.″

″Some products registered for crops, such as rice are also missing,″ Casafe added.

Gustavo Capretto, president of the Federation of Agricultural Input Distributors (Fedia) which brings together some 300 operators across the country, explained that what is most lacking in laboratories are state-of-the-art products.

″There is already concern among distributors and producers who cannot find the inputs they previously used and can only get the generic ones, because the latest generation of products is not there. Therefore, if the situation is not reversed, they will end up using the ones that exist, therefore, generics,″ he stressed.

Among the missing products, Capretto mentioned carboxamides, which belongs to the group of respiration-inhibiting fungicides that control pathogens, such as rust.

According to the Argentine Association of Direct Sowing Producers (Aapresid), this group of agrochemicals has grown in demand in recent years due to their persistence or residuality.

Another specific product that is currently in short supply is a herbicide from the PPO group, saflufenacil active, which is used for fallow and mainly before sowing soybeans.

He also highlighted the lack of post-emergent maize, such as graminicides, and generic herbicides, such as atrazine for maize and metolachlor used for maize and soybeans.

Aapresid added that ″the problem is that products that are not needed now are coming in, and those that are needed at the moment, such as like fertilizers and glyphosate, are being left at Customs.″

″The outlook is complex, as fungicides will be needed and, as temperatures increase, the situation will become increasingly complicated,″ concluded the Argentine entity.