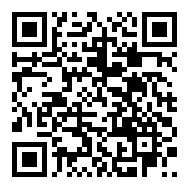 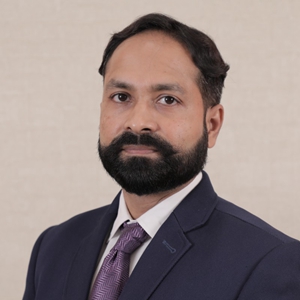 India has been at the forefront of Chemicals/ Agrochemicals space over the past 7-8 years, since the tightening of environmental regulations in China (effective 2015) and subsequent fallout on the global chemicals supply chain. Backed by strong chemistry skills and favourable business dynamics in terms of reasonable labour costs, environmental compliance, safety standards, and global certifications, the Indian chemical industry attracted attention from the MNCs. Latest supply chain issues due to Covid-19/ logistics bottlenecks further reinforced India’s position in the minds of global MNCs. Exhibit 2: Indian Specialty Chemicals Market – Growth across the Board

CRAMS – Been there, done that, on strong footing offering further potential

CRAMS has been traditionally the forte of Pharma segment, eventually percolated to the Agrochem (PI Industries, SRF). However, over the past couple of decades, the Indian chemical players have honed up their synthesis skills to cater to this high value and fast growing segment. Some of the marquee Indian chemical companies such as PI Industries, SRF, Navin Fluorine have already proven their capabilities and have been catering to the global clientele since more than a decade. Their continuous growth in this segment over the past decade is also a function of successful execution of the projects, process optimisation, cost effectiveness, IP protection among others, leading to repeat orders and more opportunities/ projects.

Change in MNCs perception towards the Indian chemical companies is expected to aid growth of the CRAMS segment which is likely to witness 12.4% CAGR over 2020-25 against 5.0% CAGR over 2017-20, taking to USD18bn (~5% global market share).

India has been import dependent on API key starting materials (KSM), which is likely subside with the backward integration by incumbents and expansion/ entry by existing/ new players.

Although India has been an import dependent market for chemicals, the exports have grown at a faster clip than imports over the past decade. Nonetheless, China still dominates the exports market. Global MNCs’ China+1 strategy is expected to fuel further growth in the exports segment while reliance on imports is likely to reduce owing to backward integration/ Make in India.

Interestingly, Indian exports have clocked 11.0% CAGR over 2009-19 while China’s has risen by 9.2% CAGR. On the contrary, Indian imports have risen at a slower pace of 7.6% CAGR while China’s have been closer to its exports pace at 8.4% CAGR.

India’s exports are well diversified across the US, Europe, and Asia (~70% of total exports) while almost 50% of imports are sourced from Asia, China being the largest trade partner with ~30% share in imports. Make in India initiative and backward integration is aiding to reduce import dependency while thrust on exports is helping to reduce the trade gap.

Sea change in Indian chemicals/ agrochemicals sector over the past decade can easily be ascertained from the capex/ investments by large, marquee companies operating in the sector from decades. Capex data for a mix of large 13 chemicals/ agrochemical companies signifies that the investments have grown at 16% CAGR over FY13-22 while picked up momentum in recent past growing at 20% CAGR over FY17-22 (devoid of Covid challenges). Cumulatively, these companies have invested over Rs475bn during the past decade and are planning to invest over Rs235bn over the next couple of years (FY22-23).

Exhibit 7: Indian Investing Surged Substantially Over The Past Decade

What next – Making further inroads in global chemicals arena, Europe+1?

Indian chemical manufacturing industry is almost a century old, Dharamsi Morarji Chemical Company being the first company to manufacture Sulfuric Acid and Phosphate fertilizers in India. Yet, it has picked up momentum over the past decade and made its mark in the global chemicals ecosystem. Over a period of time, the Indian chemicals sector has gained trust of its global customers through stable and consistent supplies, product customisations, cost optimisations, investing in R&D capabilities along with infrastructure, adhering to environmental and safety standards, and protecting IP. This trust is reinforced during the last couple of years when the entire industry was reeling under pressure from supply chain constraints, logistics bottlenecks, and cost escalations. Backed by the investment momentum, India is certainly shining in the global arena and is poised to capitalise on the impending opportunities.

Lastly, whether Europe+1 is materialising, I think, too early to comment on. However, given the impediments faced by the European chemical industry and consequences thereof, it can certainly be an area to watch out for. Based on the historical evidence on challenges faced by the chemical/ agrochemical industry resulting into the evolution of China+1, Europe+1 cannot be completely ruled out. Although in nascent stage, it certainly favours the Indian chemical industry and hopefully can be a favourite topic of discussion in the next year’s issue.

This article was initially published in AgroPages' '2022 India Focus' magazine.