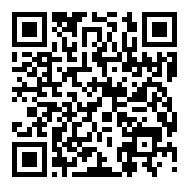 Seipasa: ″Fungisei enables us to provide farmers with a microbiological fungicide that already has proven worth worldwide″

BASF’s new Group 3 fungicide Revylution® has been registered for use in wheat crops. Revylution is expected to become grower’s first-choice fungicide in preventing and controlling speckled leaf blotch (Septoria tritici blotch) and leaf rust in wheat.

Revylution contains Revysol®, the first isopropanol-azole active ingredient that delivers a uniquely flexible molecule that can adapt to mutations in the target pathogens and control strains of disease that are less susceptible to other Group 3 products.

Revylution is registered to control leaf rust, speckled leaf blotch and stripe rust in wheat. It is highly effective when used on its own or can be mixed with other fungicides to extend disease coverage.

Revylution is powered by the same next-generation Group 3 fungicide that has already shown its effectiveness as part of a co-formulation in BASF’s Revystar®, which was launched in 2020. The dual-active formulation of Revystar provides optimal control of Ramularia in barley allowing both Revylution and Revystar to play complementary roles in grain growers’ crop protection programmes.

Revylution is the latest in a series of BASF crop protection innovations that is set to continue with several further product launches over the next few years.