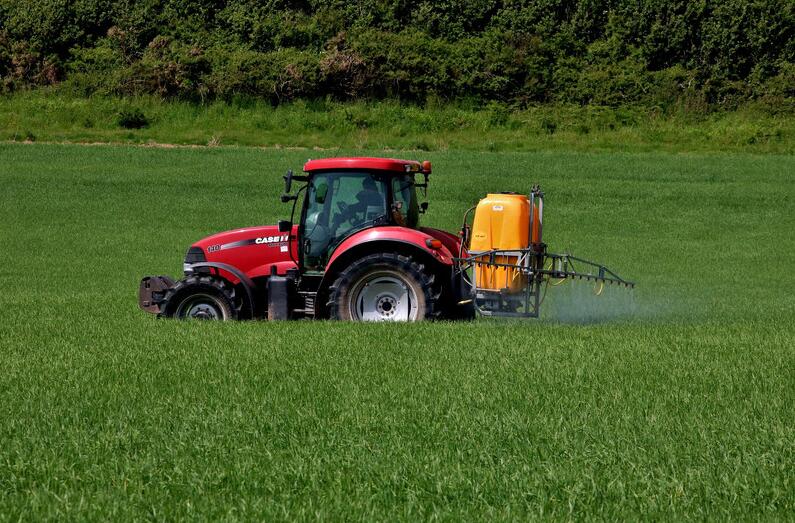 EU countries are holding back plans to halve pesticide-use, amid concern such policies could hinder agricultural production in Europe and harm global food security.

A majority of EU member states, led by Poland, have called on the European Commission to carry out an additional impact assessment on the revision of legislation on the sustainable use of pesticides.

New EU rules on the sustainable use of pesticides, a key initiative of the EU's Farm to Fork strategy unveiled in June, set an EU-wide legally binding 50 percent pesticide-reduction target by 2030.

But EU member states now argue that the restriction needs to be reviewed — because the impact assessment underpinning the proposal does not take into account the impact of the war in Ukraine on global food security and the European Union.

"Our priority should be to ensure food security of EU citizens and preserving food sovereignty," Polish deputy minister of agriculture Ryszard Bartosik told his counterparts when presenting a joint non-paper during a council meeting on Monday (26 September).

Non-papers are normally issued to facilitate negotiations and seek agreement, notably within the EU council.

The document, which calls on the commission to carry out the new impact assessment, has been signed by at least 10 member states — including Poland, Bulgaria, Estonia, Hungary, Latvia, Malta, and Austria. But several EU agriculture ministers also took the floor on Monday to support Poland's demands.

"This is a very sensitive proposal," said Spanish agriculture minister Luis Planas, calling on the EU executive to improve its assessment over the implications.

Only France, Germany, and Denmark voiced clear opposition to delaying action, together with the Netherlands and Cyprus. But they all raised concerns over the impact of the proposal on farming productions across the EU.

The regulation is seen as particularly affecting eastern European countries, which are richly-endowed with agricultural land.

"Some of the provisions of the proposal do not correspond to the real situation in the member states," said Lithuanian minister Kęstutis Navickas, calling to review the methodology used to calculate national targets in the proposal because the greatest burden would be on the eastern European member states.

Similar concerns have been raised by the big farmers' lobby, Copa-Cogeca, who argued that the pesticide-reduction target is not realistic.

Copa-Cogeca secretary-general Pekka Pesonen believes that the commission proposal ignores the consequences of the Covid-19 pandemic and the major market disruptions caused by the war in Ukraine.

"There is a need to take these things into account in order to guarantee sufficient supplies and market stability. Hence we believe that the commission should against this backdrop revise and adjust its ambitions levels," she told EUobserver.

"This is not a take it or leave it proposal. We are listening and we are ready to work together to find workable compromises," she told ministers.

The EU executive, however, has failed to clarify whether carrying a new impact assessment is currently being considered.

Source: euobserver
Click to bookmark and build your agrochemical knowledge base
Print
ForwardShare