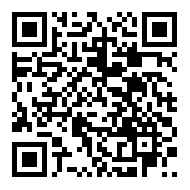 Farmers in the United States are urging their government to challenge a looming Mexican ban on genetically modified (GM) corn under a regional free trade agreement, warning of billions of dollars of economic damage to both countries.

A late 2020 decree by Mexico President Andres Manuel Lopez Obrador would phase out GM corn and the herbicide glyphosate by 2024. Supporters of the ban say GM seeds can contaminate Mexico's age-old native varieties, and point to research showing adverse effects of glyphosate.

Mexico prides itself as the birthplace of modern corn but it imports about 17 million tonnes of U.S. corn a year and is on track to import even more this year, experts said.

Some in Mexico's government, including Agriculture Minister Victor Villalobos, have signaled that yellow corn imports for livestock feed will not be disrupted. U.S. farmers remain wary since no official document states that, according to a U.S. agriculture official familiar with recent meetings with Mexican officials.

Also, Lopez Obrador this month said firmly: "We do not accept GMO corn."

Corn for human consumption, including white corn used in food products like tortillas, accounts for between 18% and 20% of Mexico's total U.S. corn imports. There are still questions about whether such GM imports will be eliminated by 2024.

Angus R. Kelly, the association's director of public policy, trade and biotechnology, said it objects to the "precedent-setting nature of the decrees" and to Mexico rejecting biotech crop traits "without any scientific basis."

Washington could potentially raise a dispute under the agriculture chapter of the USMCA stipulating cooperation between members on an individual government's regulation of imports, according to Raul Urteaga, a former Mexican government official and founder of consulting group Global Agrotrade Advisors.

A dispute settlement can apply under some USMCA chapters when a country considers one member government has nullified or impaired a benefit that was in place when the pact was signed.

Mexico's agriculture ministry and the U.S. embassy in Mexico declined to comment. The USTR and the USDA did not respond to requests for comment.

Federico Zerboni, Argentina-based president of agriculture chamber MAIZALL which sent a delegation to Mexico in August, said denial of new GM seeds made it seem like Mexico's regulator favors a "very old and unfeasible production system to feed the world."

COFEPRIS, in a statement to Reuters said its decisions were based on "scientific evidence and risk assessments."

A March report by the U.S. consulting firm World Perspectives Inc projected that Mexico's ban could cost the country $4.4 billion over 10 years for corn imports, push the price of tortillas up 42% by the second year and cause major risks to food security.

The United States could see a $16.5 billion drop in economic output over 10 years, the report found. It did not differentiate between white and yellow corn.