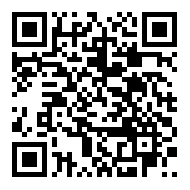 Syngenta, Scheffer team up to develop unique biopesticides for Brazil

Seed company Advanta announced the development of the ″igrowth″ technology with the potential to increase sorghum yields.

According to the company, sorghum seeds tolerant to herbicides composed of the active ingredient imidazolinone, and widely used in agriculture, were generated through mutagenesis. However, according to him, the presence of these active ingredients in the soil at a given time ″can cause phytotoxicity in the crop, causing irreversible damage or even the death of sorghum, especially in the germination and early stages of development.″

″The igrowth technology makes the seeds resistant to the negative impact, maintaining only the benefits of the herbicide,″ Silveira explained.

The Advanta expert pointed out that tolerance to the active ingredient does not replace care with the correct and safe use of this type of agricultural pesticide.

One of the most effective products based on imidazolinones is Zelone, an herbicide developed and marketed by UPL, which has overseen Advanta Seeds operations since 2006.

According to the UPL, Zelone is a selective herbicide with systemic action that presents ″excellent results in the field against six important weed species that significantly affect the sorghum crop in the country. "

″Zelone has state-of-the-art formulation technology, which is reflected in its performance against the main weeds that affect the development of sorghum and in the effective control combined with igrowth technology, providing flexibility and safety for the producer. For us at UPL, it is gratifying to integrate our portfolio with Advanta technologies,″ highlighted Rodrigo Koriama, Marketing Manager for row crop herbicides at UPL Brasil. Brazil produces nearly 2.8 million tons of sorghum, according to the most recent data made available by the Brazilian Institute of Geography and Statistics (IBGE).

Sourgrass, crabgrass, hen's foot grass, bittersweet grass, Sida rhombifolia, and black beaker are among the phytosanitary problems that can reduce the sorghum harvest by up to 50%, according to academic studies.

″Sorghum cultivation is extremely sensitive to weeds, which generate competition for water and important nutrients that are generally scarce in the dry season when the cereal is planted. Combating these enemies requires careful attention to the technology used, as crop productivity can be affected by the stress caused by certain categories of herbicides,″ Silveira said in conclusion.