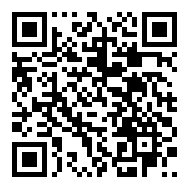 A new program from the Citrus Research Board is giving growers an additional opportunity to combat the spread of citrus greening, a disease spread by the asian citrus psyllid that could all but devastate sprawling citrus groves.

Growers interested in participating in the program have until Oct. 1 to fill out an online application through the board’s website and be considered for the program. An informational webinar will be held on Thursday, Sept. 29  at 3 p.m. for those interested in learning more about it.

″This is open to all citrus growers, all commercial growers in California,″ Ariana Gehrig, program manager, said.

According to the CA-CRaFT’s eligibility guidelines, activities for the program are designed to test and identify effective ACP management strategies under commercial citrus production conditions in California. The strategies being tested through the program are separated into two categories, which are ″preventative″ and ″threshold-based″.

Living windbreaks are trees or shrubs planted along grove borders to provide an additional type of barrier. The guideline recommends planting fast-growing tree or shrub types that are appropriate for the growing region, using native plants if the opportunity is available and using plants that are a non-reproductive host for shot hole borers, which are beetles that damage and kill trees by tunneling into them for food. The tree types suggested are casuarina, cypress, holly leaf cherry, lombardy poplar, wax myrtle and oleander, although oleander is not recommended near groves with grapes.

Additionally, this mitigation will include support for new plantings or maintenance costs of windbreaks currently being used, whether they be mature or immature.

Trap crops are trees, like the curry leaf tree, and shrubs that can host ACP without hosting the bacterium responsible for huanglongbing, which can be treated with an approved insecticide to handle ACP. The insecticides used must be in accordance with guidelines from the University of California Statewide Integrated Pest Management Program (UC IPM). Guidelines recommend planting one or two border rows.

Threshold-based mitigations are treatments applied once counts of ACP rise above UC IPM thresholds. These mitigations include border treatments with repellents and pesticides. The repellents provided may not harm the psyllids but they can make the crops unattractive to them. The pesticides are effective synthetic and organic insecticides outlined in the UC IPM program for ACP control and the treatments can only be used along grove borders to keep ACP from getting into the grove or to control high-risk infestations.

Whole grove treatments from the threshold-based mitigations include ant control and biological control. Whole grove treatments are recommended by the guidelines for cases where ACP are found in groves or in young orchards due to the abundance of new growth, which gets the attention of the psyllids. Ant control is a project that focuses on Argentine ant and gray ant control. Ants feed on the honeydew, a watery fluid that expels from some insects as waste, that is produced from ACP and protect the psyllids from predators and parasites that might be drawn to the groves. Biological control calls for the release of ACP predators into citrus groves to cut down on ACP numbers. Multiple releases are expected annually.

According to the program’s guidelines, biological control itself has not been enough to show any type of effective results in preventing and reducing psyllid populations in orchards. To combat that, growers using this approach are expected to use this treatment in addition with some other mandatory mitigations, like area-wide treatments.

Additionally, compensation will be provided to growers based on the mitigations that are adopted in managing ACP. According to the CA-CRaFT’s eligibility guidelines, to receive compensation, citrus providers must submit a claim form and any required documents. It will be provided annually after participants complete all required contract terms and after completing mandatory CRB site surveys. The guideline states that payments will be mailed to the producer that is listed on the application.

The program is seeking commercially managed citrus groves in the state, according to the guidelines. Grove selection priority is considered based on certain factors. These factors are the grove management practices, the severity of pressure coming from ACP, the location of the grove as well as citrus type and also the size of the grove. The grove must be following UC IPM guidelines to manage ACP infestations and, additionally, must have a preferred grove size between 20 to 160 acres. According to the guidelines, however, there is not a limit to the total number of acres a citrus provider can apply for, so growers can submit multiple applications for more than one grove.