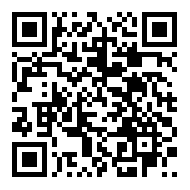 Yamato Top herbicide based on pyroxasulfone launched in Argentina

Spain remains the twelfth European country where CIECH obtained registration for Halvetic. Halvetic is CIECH Proplan’s innovative plant protection product that is based on the revolutionary and patented BGT, which allows preservation of the current effectiveness of the active substance while reducing its dose per hectare by up to 50% when compared to existing standards.  Proplan – a Spanish company owned by the CIECH Group, manages the registration, production, and distribution of herbicides, fungicides, insecticides, and growth regulators. This Madrid-based company will be also responsible for the distribution of Halvetic in the new market.

Halvetic is a glyphosate-based herbicide that is based on the innovative and patented BGT ("Better Glyphosate Technology″®), which ensures the current high effectiveness of the active substance to be maintained while reducing its dose per hectare by half compared to the existing standards. It is not only the first such significant innovation in non-selective herbicides in decades, but also a breakthrough in the global market for glyphosate formulations. Moreover, the new technology is the CIECH Group's response to the challenges related to the transformation of agriculture and remains in line with the assumptions of the EU strategy "From Farm to Fork", which consists obligation to reduce the use of plant protection products by 50% by 2030. European regulations signify an increase in the demand for new products characterized by greater efficiency and effectiveness.

In 2021, Halvetic made a very successful debut in Poland, strengthening the position of CIECH Sarzyna in the glyphosate segment, in which the company has a share of about 50%. The brand development strategy also assumes intensive foreign expansion. Over a period of just one year, Halvetic obtained marketing authorizations in Romania, Latvia, Lithuania, Greece and recently – in Slovakia and Spain. The product registration processes in other European and global markets are already underway.

Spain remains a crucial market for our Group not only due to its size, but also because of the presence of Proplan – a Spanish distributor of plant protection products that operates for nearly 20 years on the market. The subsidiary, acquired by the CIECH Group in 2018, distributes a wide variety of products to Southern Europe, North Africa, and South America. Proplan's broad experience will certainly allow the CIECH Group to effectively distribute the new innovative product. Moreover, Halvetic will contribute to further development of the Agro CIECH business and increase the share of our sales outside Poland - ultimately to approx. 50%. in subsequent years - says Wojciech Babski, President of the Management Board of CIECH Sarzyna and Head of the AGRO Business of the CIECH Group.

The size of the Spanish glyphosate market is estimated at approximately USD 50 million, whereas the value of European market reaches around USD 440 million. In North and South America, the values are respectively USD 1 billion and nearly USD 2 billion, while in Africa – over USD 100 million.

Although the specificity of crops on the Iberian Peninsula and in Central Europe differs significantly, Halvetic has been extensively tested and has proven its effectiveness in demanding conditions. The company plans to develop a new version of Halvetic that will be intended for growing grapevines, olives, and citrus fruits.

Proplan’s portfolio includes around 200 product registrations in 45 countries. The company’s offer consists of herbicides, insecticides, fungicides, and growth regulators. It operates mainly in the Iberian Peninsula, in the Mediterranean Basin (Italy, France, Greece), and in North Africa - mainly in Morocco, Algeria, and Egypt.

The CIECH Group is present with its offer of plant protection products in approx. 50 countries around the globe. CIECH Sarzyna, in addition to the domestic market, also supplies the regions of Central and Western Europe, the British Isles and Scandinavia. Outside Europe, traditionally important markets for CIECH include Australia, Canada and the Far East, especially Thailand and Vietnam.

As part of the Group's strategy for 2022-2024, CIECH Sarzyna plans, among others, to introduce new innovative products and offer modern services for farmers, developed in cooperation with external partners.

Proplan was founded in 1994 as a family business dedicated to the registration and distribution of plant protection products. Over the years, the company has achieved a strong presence in both the national and international market. In 2018, Proplan has the great opportunity to become part of the CIECH GROUP, becoming part of one of its most important business units; BU AGRO.