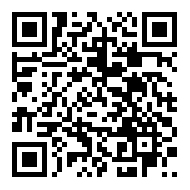 Mr. LI has served as a member of Syngenta Group’s Board of Directors since June 2021 after being appointed CEO of Sinochem Holdings in April the same year. He has since been working closely with the Group’s CEO Erik Fyrwald and its broader global leadership team.

Mr. LI said, ″I am honored to take over the mantle of Mr. NING as chairman of Syngenta Group. On behalf of Sinochem Holdings and Syngenta Group’s Board of Directors, we would like to express our gratitude for his instrumental contributions in strongly growing the Group’s businesses, further enhancing its industry leadership globally. I look forward to work with the Group Leadership Team to build on this momentum.″