The impact of delayed post-emergence herbicide in corn 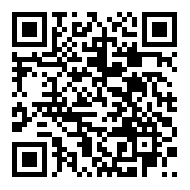 −− Corn seen to be very sensitive to weed interference

Ontario farmers grow most of the corn produced in Canada, with 2.2 million acres produced in 2020, a value of more than $2 billion. However, the crop is sensitive to early weed interference. The Weed Science Society of America (WSSA) reported an average corn yield loss of 50 per cent if weeds are left uncontrolled. A study of nine field experiments was conducted from 2017 to 2019 at Exeter and Ridgetown in Ontario. Seed preparation at all sites consisted of fall moldboard plowing followed by two passes with a field cultivator in spring. Experiments were arranged in a random block design with four replications and included a weedy control, a weed-free control and six post-emergence treatments. The first herbicide application was made when weeds were 5, 10, 15, 20, 30, or 50 cm in height. Relative corn yield was calculated as a function of four different parameters: weed size at the time of herbicide application, days after crop emergence (DAE), crop heat units (CHUs) accumulated from planting and crop stage. The delay in herbicide application that caused a one, 2.5, five, 10, 25, and 50 per cent corn yield loss was determined. The results of this study highlight the importance of a planned two-pass weed control program. Growers are advised to keep corn weed-free from emergence until the V6 stage to minimize any yield loss from weed interference.

Funding for this project was provided in part by the Grain Farmers of Ontario and the Ontario Ministry of Agriculture, Food and Rural Affairs (OMAFRA).