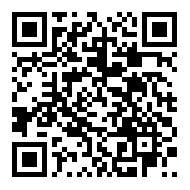 In the present study, started upon the launch of cyflumetofen in Turkey, a five-year survey was performed to monitor cyflumetofen susceptibility in 28 T. urticae populations collected from agricultural fields across the country. The first resistance case that might cause control failure in practical field conditions was uncovered in 2019, three years after the registration of cyflumetofen. In addition, an extremely resistant population (1722-fold resistance) was also detected towards the end of 2019.

Cyflumetofen resistance did not decrease in the laboratory after relaxation of selection pressure for over one year in field-collected populations, suggesting the absence of a fitness cost associated with resistance in these populations. Next to phenotypic resistance, metabolic and physiological mechanisms underlying the decreased susceptibility were also investigated. Synergism assays showed the involvement of P450 monooxygenases in cyflumetofen resistance. Downregulation of carboxylesterases as resistance mechanism, is underpinned by the fact that pre-treatment with esterase inhibitor DEF decreased cyflumetofen toxicity in field-collected strains.

Furthermore, a novel H258L substitution in the subunit B of complex II was uncovered in a field population. In silico modeling of the new mutation suggested that the mutation might indeed influence toxicity to complex II inhibitors cyenopyrafen and pyflubumide, but most likely not cyflumetofen. However, further studies are needed to uncover the exact role of this mutation in resistance to this new class of complex II inhibitors.