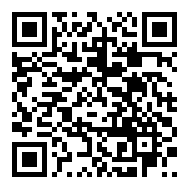 Ten years after its birth, the Argentine company Bioagro confirmed to AgroPages plans to invest in a new project in Uruguay valued at an estimated USD 200 thousand.

Today, the company has a production of 400,000 liters per year, a number that increases year after year, and representatives in all regions of Argentina.

In Uraguay, it will produce the entire portfolio of brand products, which includes fertilizers, stimulants, fungicides, and insecticides of biological origin.

″It is with pride to announce the international expansion of our production. The international market is very open to this new technology, which has scientifically proven its effectiveness through multiple trials and, fundamentally, allows a more sustainable production in harmony with the ecosystem,″ said Ariel Piana, Manager of Bioagro SRL.

The new production plant will be located in the city of Young, western region of Uruguay, with an initial investment of USD 50,000 for machinery and infrastructure, including fermenters and motors, in addition to laboratory elements.

Over the next few months, the company will allocate funds to register all products, in addition to hiring operational staff and increasing infrastructure to expand production. Under the name of Bioagro Uruguay SAS, the operation will initially produce NutrirePlus, Nutrire K, and Aminobio fertilizers, and Bioclamps biological insecticide, to progressively incorporate the complete portfolio that it currently has in Argentina.

This initial production will be used for testing, while the company waits for the registration procedures for marketing to be completed.

In addition to the manufacture of inputs, the Uruguayan headquarters will have a fully equipped laboratory to carry out quality controls, improvements to existing products, and the development of new solutions for agriculture.

According to the leader of the company from Entre Ríos, it is a challenge to expand internationally because each country has different bureaucratic requirements.

″We commercialize new and innovative products, and in some markets, we are the first to arrive with this technology. The first is always the one that costs the most, but we have a lot of experience in the market and we see great interest from producers, there is a need and many companies with a vision of the future, who knows what is coming and what they have to bet″, explained Piana.

Months before the arrival of the global Covid-19 pandemic, Bioagro was carrying out the corresponding negotiations to export its products to several neighboring countries.

However, the procedures had to be delayed due to difficulties resulting from the pandemic, such as the closure of borders and isolation measures. Finally this year, the company announced the inauguration of a new operation to produce fertilizers and stimulants locally.