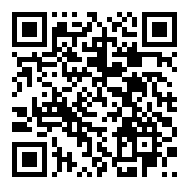 On August 19, Chinese agrochemical company Suli Co., Ltd announced its 2022 semi-annual report, revealing Suli’s consolidated operating income of RMB1.643 in the first half of the year, which is an increase of 68.68% year on year and the net profit attributable to the shareholders of the listed company of RMB199 million, an increase of 105.44% year on year.

(1) The impact of the increase in the raw materials prices resulting from China’s energy control policy lasted till the first half of this year. The selling prices of the company’s major products azoxystrobin technical, 1,2-Bis(2,3,4,5,6-pentabromophenyl)ethane and hydrobromic acid rose sharply over last year.

Concerning the new project development, the construction of Suli Ningxia Phase I Project has begun as planned, which is currently advancing smoothly. Regarding R&D, Suli has continued its spending on research and development of the primary products for many years, thus, enabling the company to take a leading position in the market of these products for a long time. In particular, Suli has an obvious advantage in pesticide formula screening and development of formulation as well as fire-retardant mixtures. In addition, Suli has been making continuous improvement to the company’s R&D capability and operation efficiency via industry-school-research collaboration and technical exchanges among manufacturers.