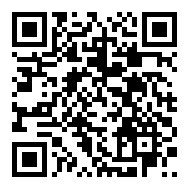 The Swiss-based company, ZASSO, together with its partner AGXTEND, exclusively revealed the XPower XPR Concept, an electric weeding solution for row crops, to AgroPages.

With an official market launch expected for the 2024 season, XPower XPR offers high post-emergence weed control efficacy, with up to 95% weed reduction, the company said.

The XPower electric weeding technology ″can be a valuable tool to help achieve the European Green Deal’s target of 50% pesticide reduction by 2030,″ according to ZASSO.

The XPR solution, which is part of the flagship family of XPower electric weeding solutions distributed exclusively by CNH Industrial, is the first high-voltage, non-chemical weeding equipment used for non-selective weed control between crop rows at competitive working speeds. The XPR Concept features a generator and a brand-new applicator specifically adapted to the requirements of row crops and installed on a Kongskilde Vibro Crop frame.

According to ZASSO, it has an ″easily adjustable weeding width from 20 to 40 cm, and a multifunctional supply unit compatible with other XPower solutions.″

The system’s benefits ate farm level are stated as ″systemic and long-lasting action down into the roots preventing regrowth; safety and efficacy confirmed by private and governmental research institutes; no soil movement, therefore, minimizing erosion and maximizing soil conservation; a pure physical mode of action with no toxic residues, no legal restrictions and no resistances; no impact on soil life and no lasting impact on the ecosystem or the harvested product.″ According to the company, the opportunity offered by the market is significant. Special crops, such as vegetables, are an important pillar of agricultural food production. During the juvenile stage, row crops are characterized by wide row spacings and often by low competitive strength against simultaneously emerging weeds. Tremendous yield losses of up to 60% due to inadequate or delayed weed control are a challenge for every farmer.

Over 90% of the weed management market still relies on the use of herbicides, in which glyphosate is still an active ingredient. Alternatives, such as mechanical and thermal methods, are beginning to appear but cannot address the causes of the problem or can generate unwanted issues, such as soil disturbance, stimulation of new seeds and erosion.

″New solutions are required to resolve the challenges related to efficiency, costs and productivity, as well as to address the health concerns and regulatory constraints increasingly faced by herbicides. Electric weeding has established itself as the 21st-century response to weeding. The XPR inter-row crop solution is Zasso’s first solution for wider agriculture. It serves as the basis for a more aggressive roll-out over the next three years,″ ZASSO said. The XPR Concept launch builds on the successful efficacy results obtained from electrical inter-row applications presented by Zasso and its research partners to a broad audience of research scientists and industry stakeholders at the 30th German Conference on Weed Biology and Weed Control, which was held in February 2022 in Braunschweig.

Together with the University of Applied Sciences Südwestfalen, field experiments were conducted in 2020 to compare the effectiveness of chemical, mechanical and electrical weed control methods for inter-row weeding of sugar beets. For all methods, chemical herbicides were used as the intra-row weed control. One of the outcomes of the study concluded that the XPower electrical weeding technology can achieve comparable or higher efficiencies than established chemical and mechanical weeding methods. Weeding efficiencies of up to 95% can be achieved, even with a reduced number of passages per season, based on 2020 weather conditions.

The study also showed that, for sugar beet production, an herbicide reduction of up to 75% can be achieved.

XPR will be officially presented at the SIMA fair held in Paris, France from November 6 to 10.