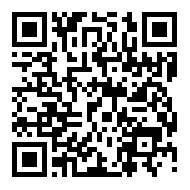 Bioceres Crop Solutions Corp. (″Bioceres″) (NASDAQ: BIOX), a fully integrated provider of crop productivity solutions designed to enable the transition of agriculture towards carbon neutrality, announced financial results for the fiscal fourth quarter and fiscal year ended June 30, 2022. Financial results are expressed in US dollars and are presented in accordance with International Financial Reporting Standards. All comparisons in this announcement are year-over-year (″YoY″), unless otherwise noted.

Mr. Federico Trucco, Bioceres´ Chief Executive Officer, commented: ″We are very proud of the performance delivered by our teams in the fourth quarter and full fiscal year 2022. This last quarter was particularly challenging since we are comparing to a record setting quarter of last year (4Q21) when we grew at close to 40% compared to 4Q20. This is an amazing closing to an amazing year, not only reflected in our record setting financials but also in terms of achieving gatekeeping regulatory clearances, namely feed & food approvals for HB4 Wheat in Brazil and for HB4 Soy in China. We are for the first time reporting revenues associated to the HB4 technology, resulting from the one crop where we faced the most skepticism: HB4 Wheat. This technology is now not only green-lighted by a growing number of regulators, including the U.S. FDA, but also increasingly accepted growers, industry participants and consumers at the end. Today we have more than 20 processors incorporating HB4 wheat in their products with a similar number being onboarded in the next few months. We have consumer brands actively addressing HB4 Wheat merits, and we have successfully executed the first export operation for HB4 Wheat flour to Brazil. A post-approval survey in Brazil showed that close to 70% of consumers had no concerns on GMO wheat, an observation that helped change the position of key groups that historically rejected transgenics in the crop. With this we are not saying that the job is done, it is far from being done. But we are obviously thrilled to see this progress and very proud of our global leadership in this front.″

Trucco added, ″Furthermore, as we look into FY23 and beyond, we are invigorated by the opportunities ahead. Right after the quarters’ end and less than four months since the announcement, we have successfully merged with and de-listed Marrone Bio Innovations. Like the Rizobacter integration back in 2016, we believe this merger will be transformational for us. With our new colleagues, we are focused on the integration and expansion of our business and on combining our relative strengths to create a formidable company with a unique product offering and outstanding global reach.″

Mr. Enrique Lopez Lecube, Bioceres´ Chief Financial Officer, noted, ″We continued our outstanding performance during the fourth quarter, closing out our tremendous fiscal year on a high note. We delivered annual top-line growth of 62% with our initial HB4 revenues of $12.4 million. We also executed a transformational merger with Marrone Bio Innovations, that significantly enriches our portfolio of biological products, diversifies our revenue sources, and broadens our sources of growth. Throughout the year, we benefited from positive tailwinds that accelerated adoption of our technologies and achieved multiple milestones on the regulatory front. We also faced some headwinds that affected our logistics and manufacturing costs, but overall, we were able to successfully weather supply chain disruptions and unfavorable macro dynamics. As we move into the new fiscal year, we are focused on solidifying and growing from this new revenue base with the financial and strategic resources to deliver greater value to our shareholders.″

(In millions of US dollars, unless where otherwise stated)

4Q22 – Summary: Comparable revenues in 4Q22 rose 44% from those in 4Q21, reaching $104.1 million, a company record for any quarter. The increased comparable revenues were mainly driven by the company’s first revenues for HB4 Wheat, greater adoption of Bioceres’ micro-beaded fertilizers in Brazil and Argentina, as well as growth in third-party crop protection products. Comparable gross profit increased 32%, although gross margins were somewhat lower reflecting a product mix in the quarter weighted to crop protection products. The 4Q22 Adjusted EBITDA excluding pre-launch costs was 2% higher, at $17.7 million. In preparation for commercialization, HB4 pre-launch costs increased as expected, to $3.2 million in 4Q22, compared to $0.8 million YoY.

FY22 - Summary: Comparable revenues in FY22 of $319.3 million were also a record for the company, and for each product segment, increasing overall by 62%. Sales benefited from the strategic efforts to broaden geographic reach and deepen market penetration, with greater grower adoption of inoculants, micro-beaded fertilizers, and third-party products. First-time revenues of $12.4 million for HB4 Wheat also contributed to FY22 top line growth. Comparable gross profit grew by 45% to $136.9 million, although gross margins declined by 484 basis points as a function of product mix. Adjusted EBITDA and Baseline Business Adjusted EBITDA, increased by 7% and 24% respectively, as a result of both sales and gross profit increases.

Argentina
Bioceres Crop Solutions: Could Break Out In 2023
Follow