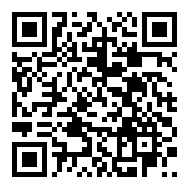 In extensive testing and trials across geographies in 2021, A-Series Enlist E3 soybeans delivered a bushels-per-acre advantage that equates to $32.00/A in potential additional farm income against all competitors.1 Loessin anticipates that advantage will only continue to increase

Farmers in the United States are already familiar with the advantages of the Enlist® weed control system. With an adoption rate on U.S. soybean acres of greater than 45% in 2022, the Enlist weed control system is the industry’s fastest-growing soybean herbicide system, a trend Pioneer expects to continue with the introduction of high-performing A-series Enlist E3 soybeans.

The Enlist weed control system provides a new standard for weed control that delivers on-target applications with enhanced flexibility. The Enlist weed control system will fit a farmer’s herbicide program while providing control of hard to control and resistant weeds like Waterhemp, Canada Fleabane, Field horsetail and many more. Enlist® herbicides feature near-zero volatility and reduced potential for physical drift, when applied according to label instructions, as well as a wide application window, no calendar cut-off dates or temperature restrictions.