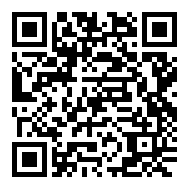 Glyphosate, glufosinate and L-glufosinate in application may be affected by a variety of factors such as drift, fragmentation, bounce, evaporation, target’s uptake and transport, which will limit the efficacy of pesticides.

Therefore, it is vital to control the utilization efficiency of pesticides in the process of interfacial transport of pesticides. Runhe’s two organosilicon agricultural synergists, RH-208 and RH-SE249A, are super strong wetting adjuvants, which can significantly improve the wetting and permeation of pesticide liquid on the surface of weed leaves, as well as target’s absorption and transport of pesticidal active ingredients, to the benefit of reduction of the use and increase of efficiency of pesticides. Therefore, it can not only reduce the cost of weeding for farmers, but also reduce pollution.

Super strong settling capability which significantly promotes the wetting of pesticide liquid on the surface of weeds. Morever, some weeds that are difficult to get wet can be wet satisfactorily.

1.Super strong stoma permeability and wax layer penetration ability, which can promote the absorption and transport of herbicides inside weeds to improve pesticidal efficacy. 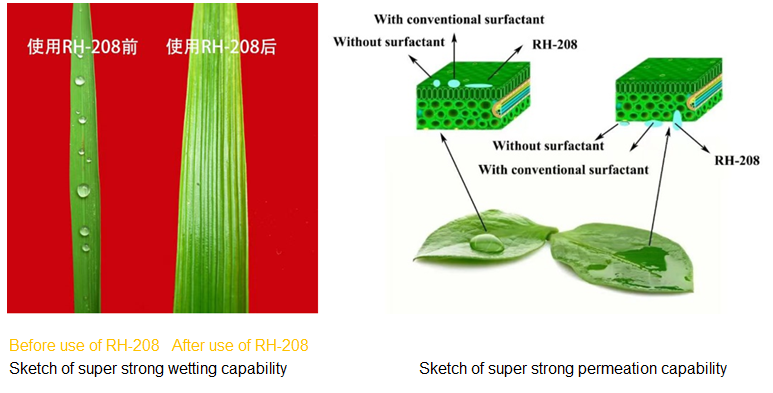 Method of use and dosage: 2000-fold, tank-mix diluted. 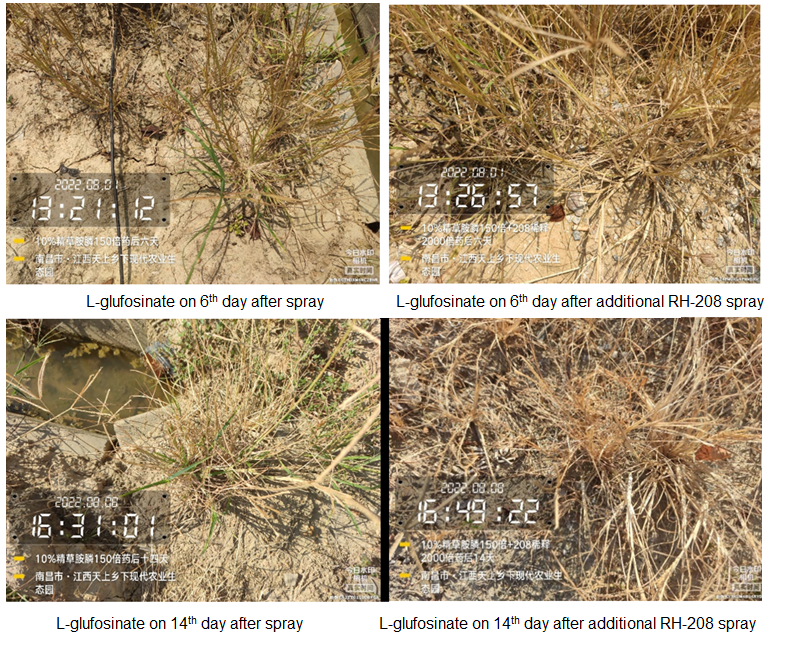 To put RH-208 at 2000-fold dilution into glyphosate ammonium salt 30% AS, diluted at 100-fold, for control of weeds. The test results show that after treatment by RH-208 synergist, weeds died out 6 days later, thoroughly; dead weeds will not turn green again. 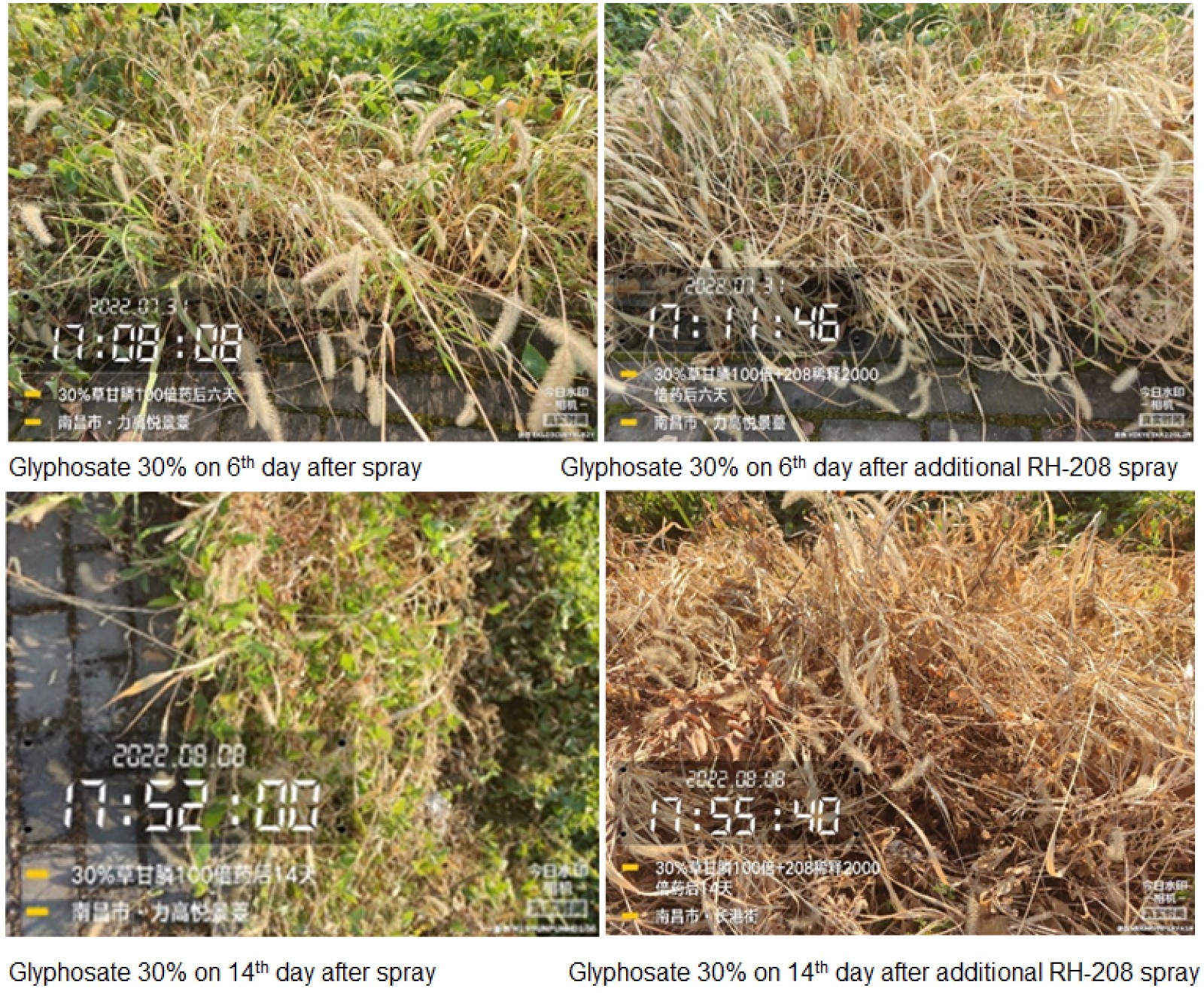 Besides its super strong wetting and permeation capability, Rh-SE249A has a strong tolerance to acid and alkali (PH3-PH10) as well as the hydrolysis-resistant property, thus, it can be added directly into an aqueous system. 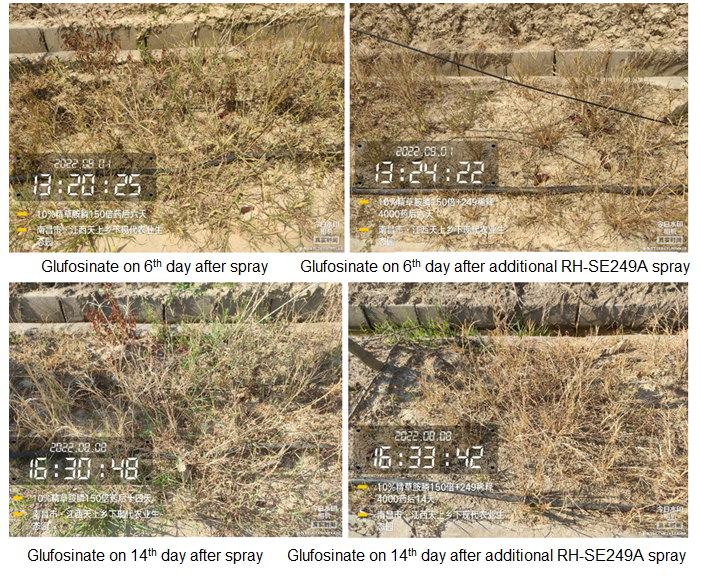