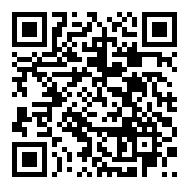 On August 30, Syngenta Group announced strong financial results for the second quarter and first half of 2022. Second quarter Group sales increased 24 percent to $9.2 billion, up $1.8 billion year-on-year. Second-quarter EBITDA for 2022 increased 39 percent to $1.7 billion, driven by launches of innovative products and services, increased productivity and prices that offset higher costs. Syngenta Group’s strong performance continued in the second quarter. All business units achieved double-digit sales growth in the quarter and the first half of 2022, benefiting from strong demand for the Group’s products and services that help farmers successfully grow crops to address global food security and mitigate the effects of climate change by providing healthy, nutritious, and affordable food.

Syngenta Group continued to promote the transition to a regenerative food production system, playing its part by accelerating innovation to nurture and restore soil health, biodiversity, climate and water systems, while enhancing productivity and farmer economics. Further, Syngenta Group is working with other companies in the agriculture value chain, including food companies and retailers, to progress regenerative agriculture.

Syngenta Group China delivered strong growth with total sales of $5.3 billion in the first half of 2022. MAP sales nearly doubled to $1.8 billion, surpassing its sales for entire 2021. In the first half of 2022, Syngenta Group China opened 48 new MAP centers, expanding the Group’s capabilities to serve farmers. Average sales per center of the 540 MAP centers across China were up 38 percent year-on-year, helping farmers increase their crop quality and yield while lowering environmental impact.

Syngenta Group managed its supply chains in the face of increasing procurement and logistics challenges and higher energy costs. Sales increases driven by new launches and strengthening of market position in key geographies, groupwide productivity improvements and higher prices required to offset higher costs, together resulted in EBITDA margin improvement by 1.1 percentage points from a year earlier to 19.5 percent in the first half of 2022.

Synergy-driven sales in the first six months more than doubled to $0.7 billion, with a profit contribution that increased to $0.3 billion. Syngenta Crop Protection sales grew 25 percent to $8.6 billion in the first half of 2022.

The biological solutions offering was broadened with the launch of EXPLOYO® Vit, a pheromone for wine growers in France.

As the first company to be approved to spray with drones in India, Syngenta Crop Protection launched a drone spray service and embarked on a 10,000 km informational tour across the country.

ADAMA sales grew 24 percent to $3.6 billion in the first half of 2022, benefiting from the launch of new products.

Initial registrations were achieved in Guatemala for Expert Grow®, a triple mode-of-action bio-stimulant increasing yields in a variety of fruits, vegetables and soybeans. Expert Grow® is based on a unique fermentation process that improves the plant's photosynthesis and thereby reduces abiotic stress and leads to better fruit and pod retention as well as plant growth.

The digital Cropwise Seed Selector service supported the planting of 3.2 million hectares of crops across 9 European countries for the 2022 season.

Syngenta Seeds launched GHX, a new farmer-focused business model in the U.S., which provides farmers a new way to buy seed that makes the experience easier with one flat per-acre price to simplify the buying process, helping to increase the reach to farmers and enable growth.

Syngenta Seeds launched the Golden Harvest brand in Brazil in Q2, bringing increased seed innovation to the 5+ million farmers in that country; initial product line will focus on soybeans.

Syngenta Group China, consisting of the Group’s Seeds, Crop Protection, Crop Nutrition, MAP and digital activities in China, achieved sales of $5.3 billion, up 26 percent, in the first half of 2022. Underlying growth, adjusting for Fertex, the new distribution model of the nitrogen business, was 42 percent.

In the first half of the year, MAP sales grew 93 percent to $1.8 billion, surpassing the entire prior year’s sales. The number of MAP centers increased by 48 to a total of 540. MAP digital applications achieved over 2 million registered users, now connected to the agricultural platform that helps modernize farms across China. Unless otherwise mentioned, comparisons are to the same period in 2021. The results presented in this release are unaudited and a consolidation of the business units in the Syngenta Group which includes Syngenta AG, Syngenta Group China, ADAMA Ltd., Sinofert Holdings, Winall Hi-tech Seed and Yangnong Chemical. Yangnong Chemical was purchased through a business combination under common control in July 2021, and its respective sales in H1 2021 appended to the Group’s Crop Protection units and domestically to Syngenta Group China.

EBITDA is a non-GAAP measure and EBITDA as defined by Syngenta Group may not be comparable to similarly described measures at other companies. Syngenta Group has defined EBITDA as earnings before interest, tax, non-controlling interests, depreciation, amortization, restructuring and impairment. Information concerning EBITDA has been included as it is used by management and by investors as a supplementary measure of operating performance. Syngenta Group excludes restructuring and impairment from EBITDA to focus on results excluding items affecting comparability from one period to the next.

EBITDA as used in this press release excludes one-time events; other documents may treat this as an underlying or adjusted EBITDA. EBITDA excludes other one-off or non-cash/non-operational items that do not impact the ongoing performance of the business, as well as the impact of a time-bound, Group launch long-term incentive scheme for leadership.

When referred to as such, ″the Group″ implies Syngenta Group.