Could this eco-friendly pesticide from China mean big savings in crop losses? 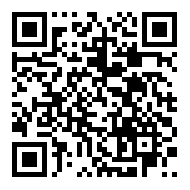 Scientists in China say they have developed an environmentally friendly pesticide that could be used as an effective antiviral agent for plants.

The pesticide, which contains mineral nanoparticles that are beneficial to plants, inhibited 98.7 per cent of a viral infection in plant cells without leaving residue or causing drug resistance, according to the researchers.

The technology provides a new pathway to treat viral disease in plants. Once applied on a wide scale, it could prevent economic losses worth millions of US dollars caused by plant viruses every year, the researchers said.

The discovery could also be applied to treat humans and improve immunity, they said.

The research, led by Professors Xu Chuanlai and Kuang Hua with the State Key Laboratory of Food Science and Technology at Jiangnan University, was published in the peer-reviewed Nature Catalysis this month.

Xu and Kuang’s team developed an antiviral agent based on copper sulphide nanoparticles to eliminate the tobacco mosaic virus (TMV). After seven days of treatment, the agent eliminated 98.7 per cent of the virus.

TMV causes a mottled browning of tobacco leaves and can infect other crops such as tomatoes. It has a rod-like form, with thousands of coat protein molecules forming a shell, or capsid, that surrounds and protects the central RNA.

The pesticide works by destroying this protective shell.

After they are sprayed on a plant, the nanoparticles enter the plant’s cells directly through its surface and find the virus inside. The nanoparticles then selectively bind to the outer shell of the virus, which is degraded during catalysis of the copper atoms, interrupting the virus replication process.

The process is highly effective, according to the study. Kuang said the team was able to remove 95 per cent of the virus within three days by spraying 5 millilitres (0.17 fluid ounces) of the pesticide solution on each plant daily.

The pesticide’s ability to identify the target virus comes from its unique symmetrical properties, which allow it to bind to the virus shell. But designing the nanoparticles to match with the virus is challenging.

″We designed the size and shape of the copper sulphide crystal based on the structure of TMV. Theoretically, we could also create other pesticides to target other viruses,″ Kuang said.

The pesticide is residue-free and its effectiveness does not diminish over time. ″During the degradation of the protein coat, the copper atoms are transferred to copper ions, which can be absorbed as nutrients by the plant,″ Kuang said.

″Unlike other pesticides that gradually fail as the virus mutates, the nanoparticle pesticide is always effective as long as the virus is composed of RNA and a protein capsid,″ she added.

The pesticide has significant advantages over other antiviral chemical pesticides, but challenges in industrial production could limit its use.

″The copper sulphide nanoparticles are synthesised in small doses in the lab, and it’s hard to scale up while maintaining high quality,″ Kuang said.

The team’s research focuses on how chiral chemicals – those with symmetrical properties like the pesticide – regulate cell behaviour, according to Kuang. The researchers hope to use similar techniques to manipulate the crystal structure of trace elements in supplement pills to improve intestinal nutrient absorption in patients.

″The work is promising for alleviating Alzheimer’s. We have proved that in animals and we are carrying out research in hospitals,″ she said.