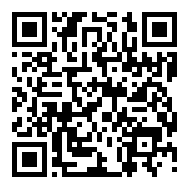 Ignacio Dominguez, President and CEO of ADAMA, said, "ADAMA delivers another strong record quarter and half year period, with continued top line growth translating into bottom line value. Farmer fundamentals continue to be positive as crop commodity prices remain elevated, despite some easing of prices towards the end of the quarter, currently driving the demand for crop protection products.

"In a world of surmounting challenges, ADAMA is committed to providing farmers with the solutions they need and want for feeding the world, while continuously introducing to the market new products with unique ADAMA added value formulation technologies." 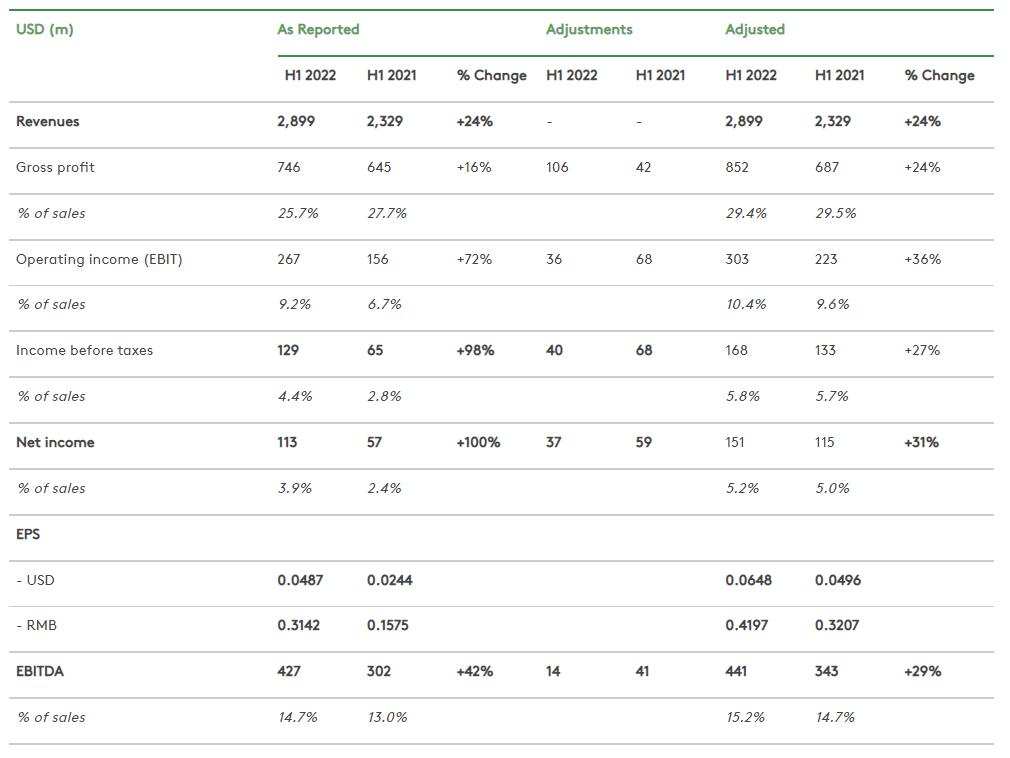 Crop prices remain elevated above historic averages despite decreasing somewhat in Q2 2022 after reaching historically high levels in Q1 2022. Prices are, however, expected to remain elevated into H2 2022 and beyond, supported by key fundamentals including very low stocks, unfavorable weather conditions in the Americas and parts of Europe and continued supply and logistics disruptions exacerbated by the conflict in Ukraine.

The high crop prices incentivize another year of increases in global planted areas. As a result, the global demand for crop protection remains strong as farmers strive to maximize yields in this high crop price environment. Farmers continue to face high production costs, mainly from higher fertilizer prices resulting from disruption to supply and tight availability caused by the conflict in Ukraine, yet their farming activities are nevertheless still very profitable in most regions.

Global energy prices remain inflated while the challenging cost environment is expected to extend throughout 2022. Despite this, global energy prices have decreased recently mainly due to concerns regarding recession, but are expected to remain elevated into H2 2022, due to tight supply and concerns regarding supply outages following sanctions on Russian energy exports combined with pockets of increased demand as economies recover from COVID.

Global freight and logistics costs are declining as a result of reduced demand in light of COVID lockdowns in China as well as high inflation rates, but remain high after reaching record highs in February 2022. Prices are expected to remain elevated well into H2 2022, due to high fuel costs, prolonged supply chain disruptions while the availability of shipping resources continues to be limited. Additionally, global freight volumes are expected to increase as the lockdown in Shanghai Port has eased and production has resumed.

Despite some easing in global procurement prices for raw materials, intermediates and active ingredients during the quarter, most products are expected to keep fluctuating at elevated levels in H2 2022. This overall trend is impacted both by the general softening of prices in China and by the increase in prices of such products in other geographies. In China, an increase in production capacity and an ease in logistic disruptions led to softening of prices, while in other geographies cost inflation, energy prices, supply shortages and logistic challenges are driving prices upward and impacting availability. With strong global crop protection demand, transportation disruptions and supply shortages driven by the ongoing conflict in Ukraine, as well as the "Zero COVID" policy in China, prices are expected to remain high.

During the second quarter of 2022 ADAMA continued to register and launch multiple new products in markets across the globe, adding on to its differentiated product portfolio. Differentiated products include a variety of product characteristics and may include products with (i) unique proprietary formulations, (ii) products with more than one mode of action, (iii) recently off-patented active ingredients (AI's) that have been classified as high commercial potential - "Core Leap" AI's and (iv) biologicals. Among these were:

Revenues in the second quarter grew by 21% (+24% in RMB terms; +25% in CER terms) to $1,479 million, driven by a significant 22% increase in prices, a trend which started in the third quarter of 2021. The markedly higher prices were complemented by continued volume growth (+3%), including the contribution of a newly acquired company, achieved despite supply challenges in the market, and the adverse impact of exchange rate movements

In the US Ag market, sales increased as the Company focused on the quality of business and despite drought conditions across western Texas and California that impacted demand.

Very strong growth in sales and gain of market share in Canada due to seizing market opportunity to supply increased demand for cereal herbicides in light of general market supply shortages. ADAMA initiated in-house production of cereal herbicide MCPA to meet this demand.

The Consumer & Professional business presented very strong sales achieved through capturing market opportunities and driven by steady demand mainly attributed to the commercial business (hotels, restaurants, etc…) coming back to full strength after COVID shutdowns as well as very successful new launch of Suprado, strengthening ADAMA's position as an innovator in the C&P arena. This is despite softening of demand in the consumer market and with homeowners as inflation rises and recreational activities decrease post-COVID.

Latin America: Significant growth in sales in Brazil as ADAMA continues to reinforce its position in this market while demand remains strong supported by elevated crop commodities prices.

The Company's innovative herbicides Araddo®, Cheval® and Arremate® and fungicides Armero™ and Across® continued to be well received in the market.

Higher sales were also achieved in other LATAM countries, particularly in the key countries Colombia, Argentina and Mexico, despite some supply challenges.

Asia-Pacific: The Company's strong growth in Asia Pacific was led by the exceptionally strong sales of raw material, intermediates and fine chemicals in China, driven both by volumes and prices, in light of the strong global demand for crop protection and achieved despite logistic challenges related to COVID. The sales in China of ADAMA's branded portfolio also grew significantly as the Company gains market share, despite the negative impact of some seasonal conditions and the strong competition in the market.

In the wider APAC region, strong sales were delivered in the Pacific region, which continued to benefit from the favorable La Niña season, that has now potentially ended after an extended two-year season.

India, Middle East & Africa: The growth in sales was mainly led by Turkey and Israel following favorable weather conditions and was negatively impacted by the depreciation of the Turkish Lira and by a decline in sales in India.

In the reported results, as of Q4 2021, following recent changes in the guidelines in China, the aforementioned transportations costs and OPEX idleness have been reclassified from operating expenses to costs of goods (not impacting the operating results), while these expenses were not recorded in the cost of goods in the second quarter and first half period in 2021, but rather in the operating expenses.

Additionally, certain extraordinary charges related largely to a temporary disruption of the production of certain products, were adjusted in the second quarter and first half period in 2021. These charges have significantly declined since the first quarter of 2022, as the relocation and upgrade of the manufacturing Jingzhou site in China has been completed and is now at a high level of operation.

In the quarter and half year period, the significantly higher gross profit and improvement in the adjusted gross margin were mainly driven by the markedly higher prices, complemented by continued volume growth, which more than offset higher logistics, procurement and production costs as well as the negative impact of exchange rates.

Adjustments to reported results: please refer to the explanation regarding adjustments to the gross profit in respect to certain transportation costs and idleness.

Additionally, the Company recorded certain non-operational charges within its reported operating expenses amounting to $22 million in Q2 2022 in comparison to $10 million in Q2 2021 and $28 in H1 2022 in comparison to $26 in H1 2021. These charges include mainly (i) non-cash amortization charges in respect of Transfer assets received from Syngenta related to the 2017 ChemChina-Syngenta acquisition, (ii) charges related to the non-cash amortization of intangible assets created as part of the Purchase Price Allocation (PPA) on acquisitions, with no impact on the ongoing performance of the companies acquired and (iii) incentive plans - share-based compensation. For further details on these non-operational charges, please see the appendix to this release.

The higher operating expenses in the quarter and half-year period reflect the strong growth of the business, an increase in expenses attributed to company success-based employee compensation, higher transportation and logistics costs driven by both an increase in freight costs and volumes transported, the inclusion of a recent acquisition and moderated by the positive impact of exchange rates.

In addition, in the first quarter the Company recorded a doubtful debt provision for trade receivables in Ukraine. Note: the sales split by product category is provided for convenience purposes only and is not representative of the way the Company is managed or in which it makes its operational decisions.

Source: ADAMA
Click to bookmark and build your agrochemical knowledge base
Print
ForwardShare