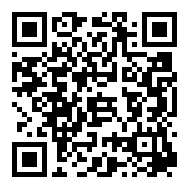 Pursuant to the management and operating agreement between the Company and Qinfeng, the Company will manage Qinfeng's operations from June 1, 2011 until December 31, 2013 (the "Term"). The Company is entitled to the net profits or losses from the operations of Qinfeng during the Term. During the Term, the Company has rights to use Qinfeng's production facilities and intangible assets (i.e. trade names, trademarks, and certain licenses), to hire and dismiss employees, to file all applicable registrations with government authorities, and to coordinate with third parties in connection with technical development and production.

Mr. Liping Deng, Chief Executive Officer, President and Director of China Agri-Business, commented, "We are very pleased to have this great opportunity to manage the operations of Qinfeng. Qinfeng has a total of 43 products, licenses or permits registered with Chinese government authorities. Among these products, two agrochemical products, diafenthiuron and Prochloraz, are important raw materials for many lower-toxicity pesticide products. Both diafenthiuron and Prochloraz products may be sold in domestic markets or exported to European and South-Eastern Asia markets." Mr. Liping Deng continued, "We believe that acquiring the management and operating rights will enable us to expand our product mix quickly and to maintain a sustainable long-term growth. We hope that we will have the opportunity to acquire Qinfeng's business, including assets and intangible assets, in the future."