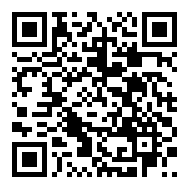 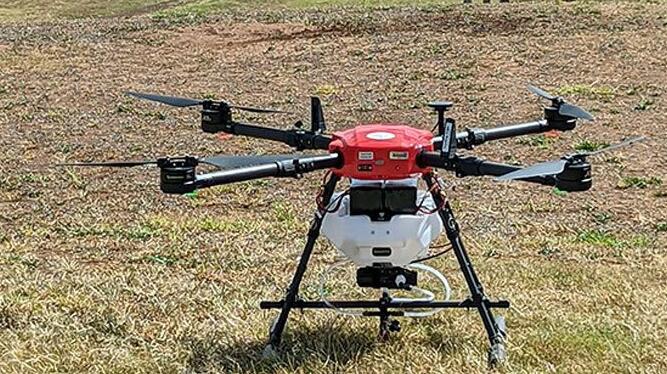 The coconut rhinoceros beetle (CRB) is a major invasive pest that feeds on coconut palms, betelnut, Pandanus palms, banana, pineapple and sugarcane. In Hawaiʻi, with no natural enemies to this beetle, the damage to crops can be significant.

That’s where University of Hawaiʻi at Mānoa College of Tropical Agriculture and Human Resources Professor Dan Jenkins of the molecular biosciences and bioengineering department and his PhD student Mohsen Paryavi come in. Armed with a drone that looks like something borrowed from a Transformers movie set, the duo coordinated with Mike Melzer of the Department of Plant and Environmental Protection Sciences and his CRB Response team to combat the CRB.

Arising before dawn in order to avoid the stronger tradewinds later in the day, the team sent the drone up again and again, drenching each tree’s crown with a half-gallon of product diluted to 0.5% Demon Max.

″Most of the trees were defoliated enough that we really applied directly in the crown—in contrast to healthy trees where fronds grow straight up and occlude the crown,″ said Jenkins. ″At my discretion, I treated some highly defoliated trees with approximately half treatments.″

″One observation is that virtually all of the beetles we found were at the bases of trees that had no other vegetation or long grass at the base (approximately half of the trees), so I would think that we killed at least double what we were able to find,″ said Jenkins.

Jenkins added, ″Some trees had insect burrows/tunnels at the base of these trees and where they existed we collected a lot of beetles trying to dig further into them. We also found a lot of centipedes in this kind of habitat—possibly trying to predate on the beetles?″

For analysis and further study, Jenkins has created shapefiles showing the locations of treated trees, photos with GPS embedded in the metadata, and a 3- and 6-month timeline for revisiting the golf course.