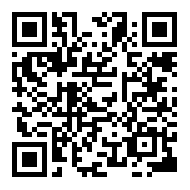 A new residual herbicide product formulated to deliver grass and broad-leaved weed control in oilseed rape was showcased at Cereals 2011.

Manufacturer Dow AgroSciences hopes to have the product, currently coded as GF254, available for growers by autumn next year.

Grass-weeds, mayweeds, groundsel and thistles are listed as potential targets and the product also has good activity on poppies, said Dow’s Stuart Jackson.

The application window will be based on the same timing as propyzamide (one of the active ingredients in GF254), towards the end of October through until December. Ideal application timings will be at a minimum of the three-leaf stage of the crop.

Switching to current control options in winter wheat, Mr Jackson said Dow trials had shown the best start to a grass-weed control programme was from an application of at least 240g ai/ha of flufenacet (i.e full rate of Liberator).

"It needs to be applied at the true pre-em stage, no more than seven days after drilling,” said Mr Jackson. “The so-called peri-emergence timing won’t give as good control, particularly when it comes to black-grass populations,” he said. “In addition to effective control of key grass-weeds, an autumn application of Broadway Sunrise (pyroxsulam + pendimethalin) will also deliver good control of a wide range of broad-leaved weeds present,” he added.