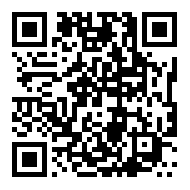 Favorites Print
ForwardShare
Jun. 24, 2011
In June 2011, registrants voluntarily amended product labels in a collaborative effort with the APVMA to reduce worker exposure to molinate. Molinate product labels have been amended for use in closed delivery and supply systems only. The continued use of molinate in the rice growing industry is supported while the assessment of all submitted data continues.

As part of the review the APVMA will release a preliminary review findings (PRF) report outlining the proposed regulatory arrangements for the future use of molinate. There will be a public consultation period providing all members of the community with an opportunity to comment on this report before it is finalised.

Molinate was nominated for review following reports that low doses of the chemical could cause irreversible damage to nerves (neuropathy) and interfere with the development of the foetus and the young (developmental toxicity).

The Pesticides and Agricultural Chemicals Committee (PACC) assessed molinate in 1980 and 1986. Certain aspects of the reproductive toxicity of molinate were recognised and the Acceptable Daily Intake (ADI) established at the time (0.002 mg/kg bw/d) was based on the No Observed Effect Level (NOEL) of 0.2 mg/kg bw/d, for testicular degeneration in male rats, and a 100-fold safety factor.

In 2002, new data submitted to the US EPA indicated that molinate caused neuropathy (including morphometric changes in the cerebellum) and developmental toxicity in experimental animals at low doses. The neuropathy findings were considered to be likely to be relevant to humans because they occurred in several species and there was limited evidence of reversibility.

In May 2003, the APVMA began a review of molinate because of toxicological, occupational health and safety and environmental concerns. The review will provide the APVMA with information to enable it to determine whether the registered use of molinate should continue in Australia.

In May 2003, the APVMA also released the Molinate Review Scope Document (PDF, 50kb) which outlined the information needed to conduct a comprehensive scientific assessment of molinate and included a call for public submissions. The period for public comments and the submission of additional information closed on 18 July 2003.