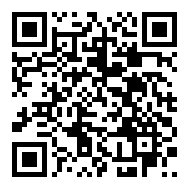 Though Africa has a quarter of the world’s arable land, its crop productivity falls well below the world average, particularly in Sub-Saharan Africa (SSA).

Much of that is due to poor quality seeds and constraints facing smallholder farmers, according to a new study that suggests crop biotechnology as a way to boost production and productivity among Africa’s smallholders.

Resource-stricken, fated to eke a living from diminutive landholdings and deprived of the rudiments of modern farming, smallholders face a menacing retinue of setbacks in their quest to feed the continent’s ballooning population.

Additionally, they often endure hunger, since SSA’s population is the most food-insecure on the continent, the study finds.

″Smallholder farmers have limited capacity to invest in their farms and are dependent on low level technologies,″ said lead author Endale Gebre Kedisso, a research assistant professor in the Department of Entomology at the University of Michigan. ″They suffer from limited access and use of inputs such as improved seed, fertilizer, and pesticides, as well as soil and water management operations to optimize yields.″

Around 80 percent of farms in SSA are smallholdings, according to the African Agricultural Technology Foundation (AATF). The agricultural sector employs around 175 million people, with women constituting between 60-80 percent of the workforce.

″In Sub-Saharan Africa (SSA), most smallholders own less than two hectares of cultivable land and are challenged by the low productivity and production constraints in the middle of the unprecedented rising need for more food, feed, and raw material for industry,″ notes the study.

″Most crop seeds come from previous year harvest and are reused,″ he explained. ″They are highly genetically deteriorated seed in most cases obtained from local market or neighboring farmers and relatives. Poor seeds are not responsive to inputs. The seed system is either very poor or non-existent. Productivity levels are therefore too low in most Sub-Saharan African countries by world standards.″

Many of Africa’s agricultural problems can be overcome by using improved conventional technologies, Kedisso told the Alliance for Science. But he decried the fact that few farmers use conventional hybrid varieties even in Africa’s most researched crops, including maize, sweet potatoes, sorghum and other improved local seeds.

Against this backdrop, the productivity of crop farming in Africa is hugely challenged by biotic and abiotic stresses. Biotic stresses include those caused by insect pests, diseases, and weeds as well as the innate low-yielding potential of varieties. Abiotic stresses are caused by soil-related and climatic problems that include moisture stress and drought.

″Studies show the major reasons for farmers to select biotech (GM) crops is the boost in yield,″ he said. ″In a study of over 147 agronomical studies, crop yields rose by 22 percent and the expense for pesticides declined by 39 percent. There are also non-monetary benefits such as time savings, ease of use and more flexibility in their planning.″

The use of Bt crops for insect resistance is especially beneficial because they reduce insecticide use by up to 41.7 percent, which positively contributes to human and environmental health, he said.

Rapid advancements in modern biotechnology offer promising alternatives to the conventional approaches of crop improvement, the study notes. It complements the conventional plant breeding effort and makes it more efficient through precise identification and introgression of genes in a much shorter time period.

Sadly, Africa’s smallholder farmers have generally missed out on the potential benefits of modern biotechnology, which can be applied to improve their productivity and, in the process, improve livelihoods, according to Kedisso

However, the authors caution that no particular crop variety or technology will solve all the problems afflicting the continent’s farmers. Rather, they root for an organized, holistic approach by countries to solve agricultural problems in efforts to change the livelihoods of their farmers, with biotechnology playing a role.

And for smallholder farmers to fully reap the benefits of such technologies, Kedisso said there needs to be support by an organized system that includes a seed system and other regulatory supports. He said farmers can make better use of improved technologies with an improved institutional support system.