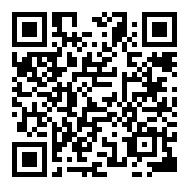 Favorites Print
ForwardShare
Jun. 24, 2011
The Rothamsted Research institute has submitted an application to carry out the first field scale trial of genetically modified (GM) wheat since the 1990s.

The trial, scheduled to begin next year, will feature wheat modified to resist aphids, a major pest of cereals.

Two new genes have been inserted into the wheat plants which lead to the production of a ‘volatile chemical’ naturally produced by many other plants, known as (E)-β–farnesene (EBF). The chemical is known to repel aphids and to attract their natural enemies to the plant.

The two new genes are synthetic, which means they have been chemically synthesized to function like wheat genes, Rothamsted explained in its applications to the Government’s Advisory Committee on Releases to the Environment (ACRE).

The trial will examine whether the GM wheat plants are better able to resist aphids under field conditions. It will take place at Rothamsted’s experimental farm at Harpenden, Hertfordshire, in an area covering 6,400sq.m, of which just 288sq.m will be planted with GM wheat.

The intention is to commence the field trial next March or April 2012, with the plants harvested in August or September, and repeat the process in 2013.

ACRE is expected to issue its advice to Ministers within the next six months. It will take into account responses to a 60-day public consultation on the application launched simultaneously with the application.

NFU chief science and regulatory affairs adviser Dr Helen Ferrier said aphids were a serious problem for many UK crops and described the application as an ‘exciting development in wheat research and good news for farmers’.

"Genetic improvement, enabling the plants to be more resistant to aphid infestation, is one important way to reduce unsustainable crops losses and reliance on pesticides. Genetic modification is one highly effective breeding technology that can make crops resistant to pests,” she said.

Julian Little, chairman of the Agricultural Biotechnology Council, said he would welcome the trial, given wheat’s vital role in the food chain.

"As pressure on resources increases due to a growing population we need to look to a range of tools to generate a more secure supply of food. GM technology must be part of that toolkit as it can help farmers tackle some of the challenges they face from crop disease to drought. We look forward to seeing the results of the trial which will allow further data to be collected to demonstrate the benefits and potential contribution of this technology,” he said.

But Pete Riley, of GM Freeze, said wheat was a ‘strange choice of crop’ as GM wheat ‘has been rejected right around the world, even in North America’.

"Why is the Coalition Government even considering pouring scarce public money into Rothamsted to produce a GM crop for which there is no market when other science budgets are being squeezed?” he said.

Farming Minister Jim Paice recently updated the coalition Government’s policy on GM crops in a Parliamentary debate.  He said it supports farmers ‘having access to developments in new technology’ but would agree to the planting of GM crops ‘only if a robust risk assessment indicates they are safe for people and the environment’.

It would also ensure ‘clear GM labelling rules’ to enable consumers to ‘exercise choice’, he said.

Although no GM crops are grown commercially in the UK, GM potato trials are currently underway in Leeds and Norfolk.
View More