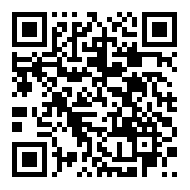 A study published by an Irish research consortium has found that EU data on how pesticides are used is very varied, making it almost impossible to use on a large scale and to make meaningful comparisons between countries.

Dr. Ana López-Ballesteros, Dr. Aoife Delaney and Dr. Dara Stanley, alongside a team of researchers from various Irish institutions, compared how pesticide data is shared across the EU.

The researchers found low levels of harmonisation between countries, and that often the data was presented in a non-comparable manner, limiting its use.

Of the 30 countries that were surveyed, only four met the criteria for usable data in the study.

The study comes at a time when negotiations in Brussels continue over both the Farm to Fork strategy, which aims to cut pesticide use by 50% by 2030, and the reforms to Statistics on Agricultural Input and Output, which is aiming to modernise pesticide data.

And it makes a series of recommendations on how to improve EU pesticide-use data including:

Lead author, Dr. López-Ballesteros said: ″We found that current data on pesticide use in the EU is very fragmented and not always publicly accessible. This lack of information and harmonisation is limiting the design of effective policies to curb current biodiversity decline, which may partly stem from the use of these pesticides.″

She said the fungicide, prothioconazole together with the herbicide, glyphosate are the two pesticides most extensively used among the assessed countries.

″These two pesticides can be applied to up to 20% and 11% of national farmed areas, respectively,″ she said.

″We also found that the data we have from Estonia, Germany, Ireland, and Spain does not perfectly line up with pesticide sales data, demonstrating the need for usage data.″

Without the suggested reforms, the EU Farm to Fork strategy goal of a 50% cut in pesticide use by 2030 cannot be reliably measured, and pesticide usage data cannot be meaningfully used to assess risk to non-target organisms.

The study sets out the steps needed for modernisation and harmonisation between nations, to allow for this goal to be achieved.

″Understanding what and where pesticides are used is key to being able to track changes in their use. It is also important to allow proper assessment of their risk to humans and the environment.

″We, therefore, need to know how pesticides are used in all land use types, not only agriculture, and currently statistics from amenity, domestic and forestry sectors are not collected.″

This project has received funding from the Irish Department of Agriculture, Food and the Marine, the Spanish Juan de la Cierva postdoctoral Fellowship and the European Union NextGenerationEU Funds.