In addition to China, Brazil may export corn to European Union 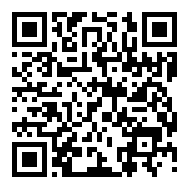 Corn production in western Europe is being severely impacted by hot and dry conditions with little near-term relief. Complicating the situation even more is the fact that corn exports from Ukraine have been halted by the war with Russia. Ukraine was western Europe's main supplier of corn and it remains to be seen if Ukraine will be able to resume corn exports in any significant quality.

In the meantime, corn exports out of Brazil are expected to at least partially fill the void. Grain companies are aggressively buying corn in Brazil and corn prices in Brazil were up R$ 3.00 to R$ 4.00 per sack last week (approximately $0.25 to $0.35 per bushel).

According to the Brazilian consulting firm Consultoria TF Agroeconomica, European corn production is currently estimated at 68 million tons with 16 million tons of imports. If the production declines further due to continued dry weather and if Ukraine is not able to ramp up corn exports, it could open the door to significant Brazilian corn exports to western Europe.