Brazil to harvest more wheat regardless of GMO, says Embrapa 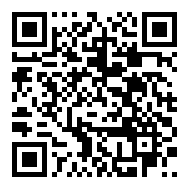 Brazil's goal to produce all of the wheat it needs in the space of 10 years does not factor in use of transgenic plants, Celso Moretti, head of agricultural research agency Embrapa, told Reuters.

Speaking on the sidelines of an international conference, Moretti's remarks come as Embrapa tests a drought-resistant genetically modified wheat plant -- and underscore how the experiment is still at a very early stage.

The tests with GMO wheat are taking place in the Cerrado biome, which is drier and hotter than traditional wheat areas.

In that region, the use of biotechnology boosted Brazil's soybean and corn output exponentially, putting its tropical farmers among the world's most efficient.

"We have transformed the Cerrado biome," Moretti said during a panel discussion. "We adapted plants and animals to tropical conditions. This happened and is still happening today."

Planting of a second crop in Rio Grande do Sul state with wheat, and expanding Brazil's wheat frontier to the Cerrado biome, are key output growth drivers, Moretti said.

But Moretti could not comment on the experiment with GMO wheat in Central Brazil, as preliminary test results are not yet available, and more time is necessary to determine success or failure.

Brazil requires between 12 million and 13 million tonnes of wheat in a year, Moretti said based on current domestic consumption estimates.

This season, significant area expansion and the expectation of higher yields will help Brazil produce an estimated record of 9 million tonnes of wheat, according to government forecasts.