How did legumes and nitrogen-fixing bacteria learn to work together? 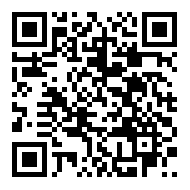 Imagine crops that can be used to help secure enough food for a growing global population while benefiting the environment. Well, there are such crops: legumes.

Legume plants, like pea, broad bean, soya bean, clover and cowpea, can team up with soil bacteria called ‘rhizobia’ to convert, or ‘fix’, the nitrogen present in air and use it – meaning they do not need fertilisers, unlike most crops. Given how useful this is, why have legumes got this superpower when most other plants do not?

A global study led by scientists at the James Hutton Institute and the University of Zurich, funded by the Engineering Nitrogen Symbiosis for Africa (ENSA) project, has been exploring the origin of nitrogen fixation in the legume family.

The relationship between legumes and rhizobia in root ‘nodules’ to make use of atmospheric nitrogen, is globally important in agriculture and has been at the heart of recent research into crop mixtures for improved sustainability.

Scientists examined the nodules of 128 legume species of the Caesalpinioideae subfamily and produced a genetic tree of these plants. This showed that the loss of the ability to fix nitrogen is more prevalent in certain lineages that have less intimate relationships with the rhizobia that live in their root nodules.

In contrast, those lineages that have fully embraced their rhizobia by supplying them with all their needs (SYM-lineages) have an enhanced ability to fix nitrogen. Encouragingly, all our major crop legumes are of the SYM-lineage type.

Dr Euan James, an ecological scientist at the James Hutton Institute and co-author of the study, said: ″This is one of the most important scientific papers of my career.

The study, entitled The innovation of the symbiosome has enhanced the evolutionary stability of nitrogen fixation in legumes and co-authored by Sergio M. de Faria et al, has been published by New Phytologist.