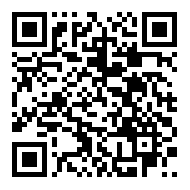 −− Company executed on growth strategy, which continued to result in strong performance of specialties businesses, as it also benefitted from significant market upside

ICL’s continued focus on long-term specialties solutions benefitted the company once again, with additional significant upside from commodity prices. During the quarter, the company’s strong performance was supported by increased demand and higher prices in most markets and achieved despite increased raw material costs and continued global supply chain challenges.

″In the second quarter, ICL delivered all-time record sales, operating income and EBITDA, and another consecutive quarter of profit and margin growth, with record results from all our specialty businesses and our commodity businesses. We also achieved multiple production records, as we continued to focus on efficiency and productivity,″ said Raviv Zoller, president and CEO of ICL. ″Our performance in the quarter reaffirms our specialties strategy, and our strong balance sheet will allow us to accelerate business expansion opportunities, including growth through investments in R&D, capacity and new products, among others.″

In addition, ICL has reached an understanding with the Israeli Tax Authority and settled the dispute concerning the Israeli Law for Taxation of Profits from Natural Resources. The settlement agreement provides final assessments for the tax years 2016 to 2020, as well as outlines understandings for the calculation of the levy for the years from 2021 and onwards. As a result of the settlement agreement, in the second quarter of 2022, the company recognized tax expenses for prior years in the amount of $188 million. ICL welcomes the conclusion of this dispute, which ended through a dialogue and prevented the potential for years-long legal proceedings, while providing expected business certainty for years to come.