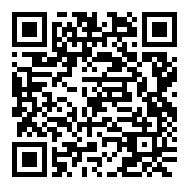 Across countries in Sub-Saharan Africa (SSA), the emphasis has been on increasing crop productivity through soil fertility improvement, primarily through addition of nutrients into the soil through use of inorganic fertilizers. Policies in sub-Saharan Africa have focused on increasing in the proportion of farmers using or cropped land under inorganic fertilizers and increasing the intensity in fertilizer use. Countries have over the last decade provided fertilizer subsidies to improve farmers access to fertilizer. The rationale is that smallholder farmers cannot afford the high cost of fertilizer. This has of course come under heavy criticism from donors both from sustainability and economic efficiency point of views.

However, the fertilizer panacea is now facing yet another challenge, the availability of the fertilizer itself and the skyrocketing prices. Globally, fertilizer prices increased sharply towards the end of 2021 reaching unseen levels since the 2008-2009 global financial crisis (World Bank Commodity Market Outlook, 2021). The rising prices of fertilizer were triggered by logistical constraints due to the global COVID-19 pandemic.

The Russia-Ukraine conflict has exacerbated the fertilizer crisis. Russia is the world’s biggest exporter of fertilizers, but its war with Ukraine has disrupted shipping and driven up prices for natural gas, a key ingredient for fertilizer manufacturing. Future prices for urea fertilizer have jumped 32% since the war began on February 24 this year, while diammonium phosphate, or DAP, future prices are up 13% (Grow Intelligence). In East Africa, fertilizer prices more than doubled from their levels a year ago within two months of the conflict. By March 2022, fertilizer prices nearly tripled in Kenya to the extent that government had to quickly intervene with subsidy to cushion the farmers.

While inorganic fertilizers have the potential to restore the soil nutrients, reversing soil degradation requires an integrated soil fertility management (ISFM) where the fertilizer is integrated with organic nutrient sources such as farm-yard manure, cereal-legume rotations/intercropping, composting, and green manure. Land degradation is particularly acute in sub-Saharan African regions where long-term overuse of soil and low, unpredictable rainfall are prime reasons for poor food production. The farmers are so poor that they take everything they can out of the soil and are not willing to invest in fertilizer because the growing season is very risky. The failure to replenish the soil fuels an unrelenting, vicious cycle. Unless nutrients are replaced, soils are depleted and yields and crop quality decline, leading to widespread hunger and undernutrition.

This is once again a wake-up call for sub-Saharan African countries to start implementing locally adaptable soil fertility management technologies that are sustainable and within the reach of smallholder farmers such as those scientifically proven by international research organizations like ICRISAT in the last five decades. 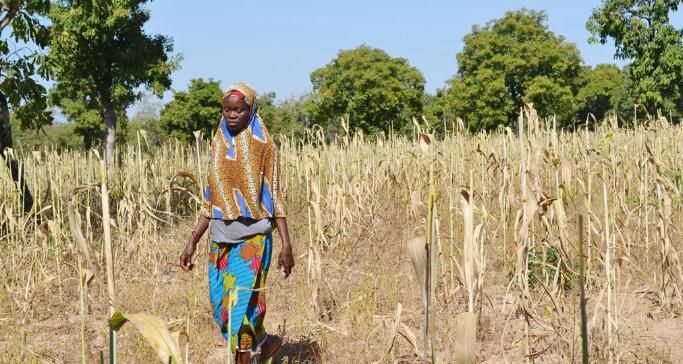 Examples from ICRISAT: Scientists at ICRISAT in collaboration with National Agricultural Research Systems have developed a precision-farming technique called ‘Microdosing’ which involves the application of small, affordable quantities of fertilizer with the seed at planting time or as top dressing 3 to 4 weeks after emergence. Farmers who use microdosing, apply 6-gram doses of fertilizer—about a full bottle cap or a three-finger pinch in the hole where the seed is placed (at the time of planting). That translates to about 30 kg per hectare. The fertilizer agronomic and use efficiency is increased when farmers use the ISFM approach.

In West Africa for example, fertilizer microdose combined with farm-yard manure has become a technique of choice among small-and medium-scale farmers to maximize the effect of a small quantity inorganic fertilizer applied to crop. The approach is being promoted to boost fertilizer use efficiency, reduce investment costs for resource-poor small-scale farmers, and increase crop growth and productivity. Agronomically, a well-timed pinch of fertilizer can result in crop yield increases ranging from 43% to 120%.

In Zimbabwe, fertilizer microdosing led to 50-200% yield increase and 40% return on investments. Over 300,000 farmers are practising the technique in Zimbabwe. 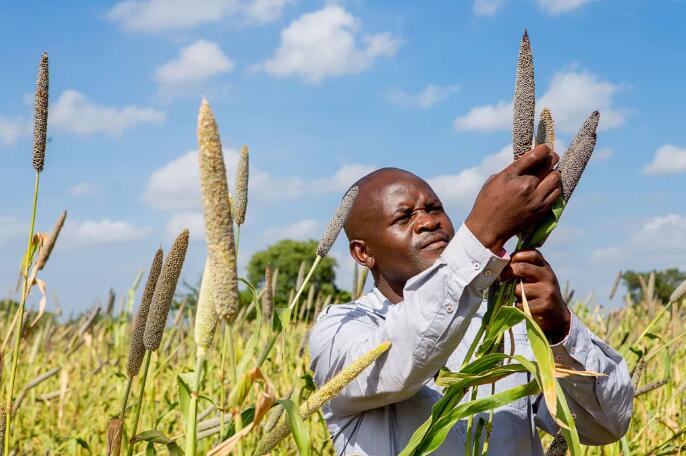 The Ukraine-Russia war has also led to increased prices of wheat and edible oil. The United Nations agencies warn that this war could worsen the food crisis in Africa, where tens of millions of people have already been plunged into extreme poverty by the COVID-19 pandemic and climate change effects. Countries in the horn of Africa which are dominantly arid and semi-arid lands are probably the hardest hit – for they have barely recovered from shocks and stresses ranging from cyclic floods and droughts, fall armyworm (Spodoptera frugiperda) and desert locust (Schistocerca gregaria) infestation over the last five  years. The UN’s World Food Programme (WFP) estimates that 20 million people are now facing acute food shortage in Somalia Ethiopia and Kenya. Apparently, Somalia imports 90% of its wheat from Ukraine and Russia.

Diversified food and farming systems are probably needed now more than ever before. For dryland systems sorghum, millets and groundnut are common important crops in the dryland systems, and these crops play a significant role as food and cash crops and contribute to the nutrition, health and income of smallholder farmers. They also represent the most affordable sources of protein and micronutrients to address hidden hunger among the burgeoning rural and urban poor populations and are especially important for the hundreds of millions of women and children living in these geographical areas.

Home-grown alternatives to wheat: Sorghum and millets are slowly gaining prominence in the confectionery industry as partial replacements or substitutes for wheat. The government of Kenya recently drafted guidelines and standards governing the blending of flour by millers to strengthen the nutritional components of products. The initiative has developed standards requiring that maize flour be blended with cassava, millet and sorghum; and wheat flour be blended with sorghum, cassava, and sweet potatoes. To immediately meet this requirement there are over 30 improved varieties of sorghum and millets developed by ICRISAT and its partners as of 2021.

Alternatives to sunflower/safflower edible oils: Groundnut or peanut has been for centuries used as an edible oil and improved varieties developed by ICRISAT come with the advantage of having high-oleic acid that comes with added health benefits. ICRISAT and its partners have developed 23 new groundnut varieties over the last six years that have increased productivity by 30 to 60% improving the overall production indices of East and Southern Africa. The groundnut industry in Malawi involves today 1,233,000 households, 80% using these improved varieties.

Groundnut oil can be blended with other oil extracted from sunflower, soya and sesame. Groundnut production, marketing and trade are major sources of employment, income and foreign exchange in many sub-Saharan African countries. Globally, 50% of total groundnut production is used for oil extraction, 37% for confectionery use and 12% for seed (Taru et al., 2010).