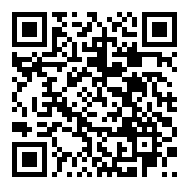 Shiqi Zhang spent many months sitting alone in a dark room, staring intently into the lens of a confocal microscope as she focused a laser beam on plant cells mounted on a glass slide. She was measuring changes in the intensity of fluorescent light emitted by the cells when they were hit by a laser beam. The subtle, painstaking work was worthwhile: from the resulting colorful images, she was able to measure the amount of phosphate within individual living cells of a symbiotic plant-fungus system – something that had never been done before.

″Before this study, we could only quantify phosphate by grinding up the root, measuring it, and getting a bunch numbers on a screen,″ said Zhang, a postdoctoral fellow in the lab of Maria Harrison at the Boyce Thompson Institute. ″Actually seeing phosphate in color inside a cell under a microscope was far more exciting.″

The tools and methods the team developed for the study have broad applications for agricultural research. For example, they could help identify plant variants that efficiently route phosphate to their roots, shoots, fruits – whichever part of the plant is harvested – and plant breeders could use that information to improve crops.

″Anything that makes plants more efficient in their use of phosphate is highly beneficial to agriculture, and these tools will help achieve that,″ said Harrison.

The results were published in the June edition of New Phytologist.

Harrison’s lab studies the symbiotic relationships of arbuscular mycorrhizal fungi and land plants. The host plant exchanges carbon for mineral nutrients, primarily phosphate, from the fungus, which finds those nutrients by extending long filament-like structures called hyphae out from the host and into the soil. But exactly how the fungi influence phosphate content in their hosts, and how individual host cells respond to changes in phosphate content, was unknown.

″We knew phosphate moved from the fungus to the host plant, and then between cells in the host, but no one had actually tracked the transfer,″ said Harrison. ″Modifying tools developed by colleagues at Texas A&M University allowed us to visualize and monitor those dynamics.″ 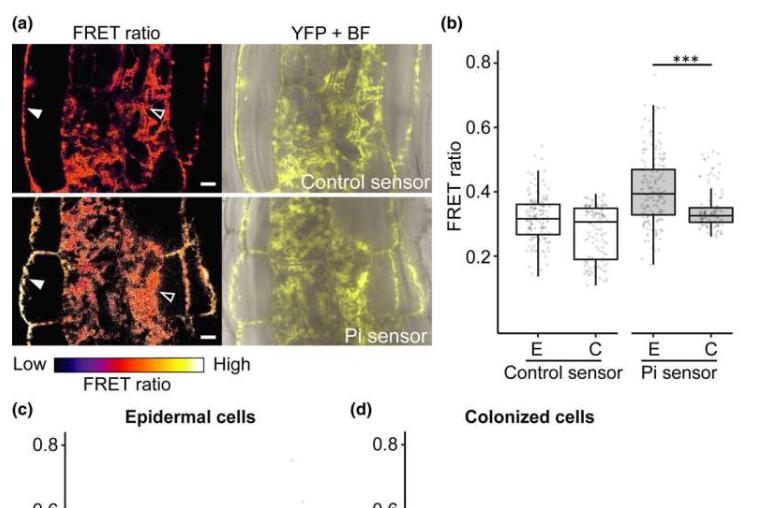 Key to the technique was the improvement of biosensors, which are fluorescent proteins genetically encoded in a plant that sense a particular ion. When the biosensors bind the ion, the color of fluorescent light they emit changes, providing a quantifiable readout of ion content. A control biosensor that did not bind phosphate, was also developed. These aspects of the work was carried out at Texas A&M in Wayne Versaw’s lab.

Together, the Harrison and Versaw teams modified the biosensors to allow them to work specifically in mycorrhizal root cells. The sensors were tested in Brachypodium distachyon living in symbiosis with two species of AM fungi, and are expected to work in several important agricultural crop species, including rice, wheat and sorghum.

″In my Ph.D. research, I worked with calcium biosensors, and the phosphate biosensors operate on the same principles,″ Zhang said.