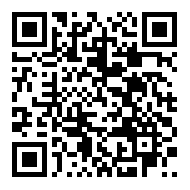 In this interview, Dr Minshad Ansari form Bionema talks about his views on the developing trends and barriers in the bioprotection industry, as well as his experience and vision on the company development.

1. What are the most important trends in the bioprotection sector and what particular focus do you see as the most fascinating? 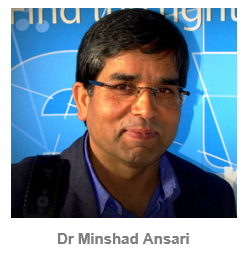 Probably the most important trend in recent years has been the investment in new disruptive formulations technologies that are enabling easier delivery of bioprotection products using conventional farming equipment, and which enable greater coverage and persistence on the crops we are trying to protect. Examples include ‘physical’ technologies such as microencapsulation, as well as ‘chemical’ technologies such as biocompatible adjuvants (5 years ago it was frequently difficult to find adjuvants that were not harmful to the microorganisms being applied).

At Bionema, we have developed patented disruptive formulation technologies that enable us and our collaborators to produce bioprotectants that have easy distribution (ambient temperature); high efficacy; reduced number of required treatments (reducing costs); optimised for available application methods; potential for wider biocontrol applications of plant fungal diseases. For example, our trade secret microencapsulation formulation technology IncapsuleX™ increases efficacy by delivering bioprotectants in a microcapsule to the insect body – enhancing adhesion, speed to kill and increasing persistence on plant surfaces for improved pest and disease control.

In particular, I think it is exciting that we are seeing more companies in bioprotection looking for solutions that can be applied in broadacre crops. Bioprotection has always been seen as a solution for controlled environments like glasshouses, where temperature, humidity and other conditions can be controlled to suit the biological agent concerned but climate change and increasing temperature might solve this in future. Now, as our skill in formulating these products has advanced, it means we can finally provide solutions in non-controlled environments, opening the potential for their application in broadacre crops. This will allow much broader use of bioprotection products, allowing them to fill the gaps left by an increasing number of banned chemical pesticides, and enabling significant growth in the bioprotection sector. The EC wants to reduce the use of chemical pesticides in the EU by 50% over the next decade, in a benchmark established by the new "Farm to Fork and Biodiversity strategy on Wednesday which means more and more new bioprotectants (also known as biopesticides) must developed and commercialised.

2. Do you see regulations are hurdle for the development of this sector?

Regulations have been a problem for the bioprotection sector since the beginning because the regulators did not understand that these are biological – not chemical, and so they just applied the same regulations for chemicals to these bioprotectants. It seems obvious now that regulating a biological product in the same way that you regulate a toxic pesticide that is specifically designed to kill biological species is not a sensible approach, but when these products were novel in the 1980s, the regulators didn’t really understand that. Now, after about 40 years of discussion, I think the message is getting through, and regulators are starting to understand that you can’t hold biologicals to the same regulatory tests as toxic chemicals. There are a lot of companies and trade organisations campaigning for changes all over the world, but Bionema is currently supporting the World BioProtection Forum’s campaign for change in the UK and beyond. The WBF is already working directly with the decision makers at Department for Environment, Food and Rural Affairs, UK (DEFRA) as they revise their regulations for bioprotection products post-Brexit, and DEFRA genuinely seems open to listening to the needs of the industry.

It is our hope (and the hope of many in industry!) that if an agile and flexible post-Brexit DEFRA can create a regulatory framework that works for industry, while providing a robust risk assessment process that works for government, that system can be used as a credible and robust example for other countries seeking answers to this same problem, and should lead to similar changes elsewhere, such as in the EU.

3. Is the innovation in this sector advancing fast enough to replace pesticides?

No, but general awareness of bioprotectants is increasing and the EU is banning 505 pesticides (50%) by 2030 and may continue due to the negative impact of pesticides on humans and the environment.

The problem is that a lot of start-ups and SMEs are put off taking their products to market because of the regulatory hurdles – time and cost, especially – and we have had too many discussions with people who say, ″Oh yes, we have a solution for that… this bacterium works against it… but no, it’s too expensive to get it through regulations so we’re not going to develop it.″

Perhaps the answer is that innovation could be fast enough, but we need to develop a regulatory framework that nurtures innovation and encourages the start-ups and SMEs that dominate the bioprotection sector to take their innovations through that system and get them to market. It is our greatest hope that the UK government will at last show the world that this can be achieved, and that they will provide a sensible framework when they update the UK regulations later this year.

4. Can botanic solutions have treated as other bio inputs?

Current EU and UK regulatory are complicated and not fit for bioprotectants registration, however, when the regulatory framework is revised, a difference between pure biological agents (microbials and macrobials) and naturally plant extracts (semio-chemicals, for example) will need to be drawn. Biological agents need to be assessed by biologicals and should be subject to biological assessments – not chemical ones. However, the regulations for all bioprotection agents need to be simplified and sped up, if they are to provide the solutions that the world needs.

5. Can you explain innovation model of Bionema and what are the key factors for you to become a serial innovator?

Our business model is to invent and commercialise disruptive technologies and license technology to multinationals. Our most successful patented innovation to date were NemaTrident®, Nemaspreader® and UniSpore®, which were acquired by Syngenta in January 2022 – you can read more about that here.

The original idea came about a long way back. Previously I was an academic working across India, Belgium, and the UK. After 2005 I was working at Swansea University, UK. I was visiting growers and farmers and always being asked ″How can we control pests and diseases better without chemicals?″. It was inspiring, making me think, ″Can we have something non-toxic and better than the chemical pesticides which they are using?″. I developed my thinking around the idea but didn’t really have the resources to take it to where I wanted.  I set up Bionema in 2012 spinout from Swansea University.  The focus of Bionema’s research is the development and commercialisation of naturally occurring microorganisms for crop protection against pests and diseases that would reduce the use of synthetic pesticides, enhance food security, and increase crop yields. The company established its headquarters at the Institute of Life Science at Swansea University in the UK.

In 2017, Bionema made a breakthrough discovery in the development of NemaTrident®, a tri-component patented solution, and the conception of the microencapsulation disruptive formulation delivery system in 2018 for foliar challenges in agriculture. Shortly afterwards, I raised £0.70 million equity investment and awarded £1.1 million in grant funding from Innovate UK and Wales Government which was used for the development and commercialisation of UniSpore®G, a unique fungal based bioinsecticide for weevils’ control in horticultural crops.

Innovation in bioprotectant formulations is a core objective for Bionema, enabling the company to commercialise multiple product lines and to generate a pipeline of advanced and early-stage products that include beneficial nematicides, bioinsecticides, compatible surfactants, delivery platforms and microbial seed coating. Bionema has also developed a robust patent portfolio and collected a library of more than hundred commercially viable microorganisms for pipeline candidates.

Our next focus is in the area of public health. We believe that this is a core area that needs bioprotection – places where people live, store, or prepare food – should all be free from toxic chemicals that could harm them! This is an obvious market for bioprotection, but it does not seem to be one that many people are looking at yet. Right now, we are working on the control of mosquitoes – both at the larval and adult stages – and we have made some interesting progress. Rather than spraying toxic chemicals, we believe that it is better to manage human vectors such as mosquitoes using IPM approaches that could call on elements such as land/water management, semio-chemicals and microbial agents.

6. Can Bionema become a global leader in bioprotection, or will it always depend on big players such as Syngenta?

Of course, it can. Even the companies we view as giants today had to start somewhere! If you look at Koppert which started in the Netherland, the company has grown to become a multinational with an annual turnover >€200 million and 1,200 employees in 26 countries, including markets such as China, Brazil, the United States, and Russia – it can be done if you have the right investment and resources. However, in the current economic and business climate, I think that small companies like Bionema are most likely to grow to reach global status through mergers and acquisitions – it is difficult in the modern world to grow organically quickly enough to compete with the giants out there! Meanwhile, we are delighted to continue collaborating with companies such as Syngenta, and we believe that collaboration between small and large companies can enable both to bring their strengths to productive working relationships that will advance the bioprotection sector and provide the world with more, better BioSolutions, more quickly.

7. Have you been to China, and can you give more details on your vision?

Not yet but China is very fast-growing market in bioprotection, and several companies are operating. There is currently discussion going on with a number of companies who are in microbial manufacturing and seed coating. 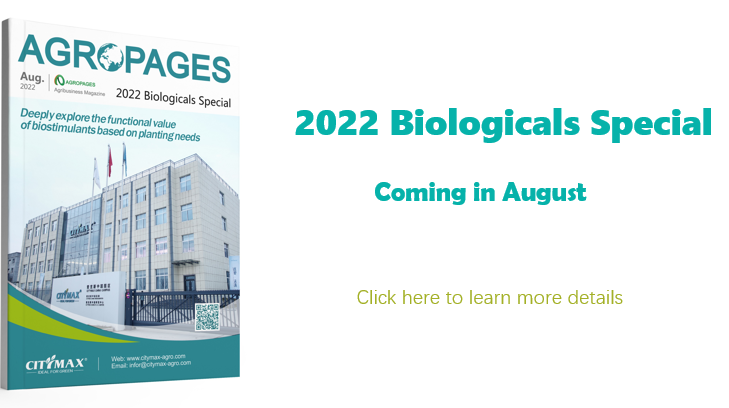