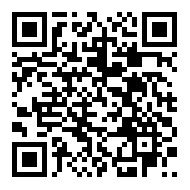 FBSciences, a global leader in agricultural biologicals, announced that it has joined The Fertilizer Institute’s (TFI) Biostimulants Council and will work with TFI to drive a newly established Task Force to advance the inclusion of agricultural biologicals as powerful climate-smart technologies and products into federal policy and programs. FBSciences will collaborate with other companies in the industry to further build out the already compelling body of data on the plant, soil, and climate health benefits of agricultural biologicals. TFI is a trade association representing the U.S. fertilizer industry before Congress and federal regulatory agencies.

Greenhouse gas emissions are rising at an alarming rate, with disastrous warming effects on the climate generating increasingly severe climate-related catastrophes around the world. A reduction in GHG emissions using agricultural biologicals can have an enormous impact on climate health. As the fertilizer industry faces increasing demand from lawmakers and the public for sustainable inputs with softer chemistries, agricultural biologicals are a powerful tool to increase nutrient use efficiency and improve plant health while driving yield and ROI for growers. Agricultural biologicals are aneasily adopted and cost-effective tool, providing climate-smart benefits without requiring a complete overhaul of a grower’s cropping system.

″Agricultural biologicals have been widely adopted around the world as powerful tools to improve plant and soil health, manage climate-related abiotic and biotic stress, and deliver yield and ROI benefits to growers,″ said Courtenay Wolfe, Chair and CEO of FBSciences. ″However, agricultural biologicals’ robust climate mitigation capabilities are less understood. The TFI Task Force will bring together leading players in the industry, providing the latest research, innovations, and recommendations to the USDA and policymakers to incorporate these powerful tools into future policy and programs.″

Members of TFI’s Biostimulants Council, as well as other stakeholders in the industry, will be invited to join the Task Force. The Task Force will work together to collate and collaborate on trials proving the benefits of agricultural biologicals, as well as providing counsel to federal policy makers. Stakeholders interested in joining the Task Force should contact Ed Thomas at TFI.

US The Fertilizer Institute expresses concerns over Russia-Ukraine conflict
Follow