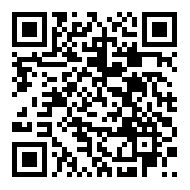 European Union binding targets announced in June to reduce chemical pesticides usage by 50% by 2030 should help to boost interest and market activity, as conventional Active Ingredients (Ais) disappear from the marketplace over the next decade or so.

However, the ongoing conflict between Russia and Ukraine has severely disrupted EU food and farming supply chains, particularly in the Central and Eastern European countries bordering the former Soviet Union.

Ten countries - Austria, Bulgaria, Estonia, Hungary, Latvia, Lithuania, Poland, Romania, Slovakia and Slovenia, have together requested a list of derogations and exceptions, which would excuse a country if it does not meet the pesticide-reduction target included in the upcoming law.

"Food security and the competitiveness of the EU agricultural production have been facing many challenges … [which] have been further exacerbated by Russia's war of aggression against Ukraine," their joint statement said. In such context, they said, it is crucial to provide "stability" and "proportional measures" to help protect European farmers and consumers.

They added that EU member states should be allowed to change the course of action if "the member state foresees that it will not achieve national 2030 reduction target due to unpredictable reasons" such as new pests, the occurrence of invasive species or structural changes in agriculture".

In tandem, UK farming minister George Eustice, while supporting the increased use of biofertilizers to replace chemical fertilizers, has called for a slow-down on the UK's use of grain crops for bioethanol, as food and feed prices continue to rise.

Eastern European countries such as Romania and the Ukraine have seen fertilizer plants idled as input prices have increased following the conflict since March 2022. And Ukraine has also seen its unique Yuriev Plant Production Institute destroyed by Russian forces, while Ukrainian grain and seed supplies have allegedly been hijacked and resold on the global market, informed sources said.

Under new EU legislation, a ban on the use of pesticides in areas such as parks, playgrounds, or nature protection sites is also being considered, which would affect the use of glyphosate, for example.

But not all conventional actives can be effectively replaced by biologicals, hence the European Commission has suggested that Integrated Pest Management (IPM) methods, in which a hybrid mix of both biological and conventional AIs is promoted, should be increasingly adopted by farmers over the next decade or so, as other products are phased out or banned.