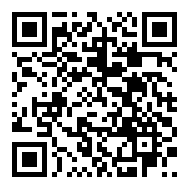 Drought is the most prevalent abiotic stress in global agriculture. Soybean (Glycine max (L.) Merrill), the most worldwide cropped legume, is strongly affected by water scarcity periods that cause reductions in photosynthesis and nitrogen (N) fixation, compromising grain quality and yield. Strategies such as conventional/molecular breeding and cultural management practices, like biostimulant applications, have been implemented to mitigate drought effects. Biostimulants based on plant growth regulators such as brassinosteroids (BRs) integrated agricultural systems to optimise crops productivity, especially under unfavourable environments.

BRs are involved in plant growth and development regulation and abiotic stress adaptation. Its exogenous application or the genetic manipulation of their endogenous levels can alleviate the damage caused by drought. However, BR's low stability in the field prevents large-scale application, being replaced by analogues with higher activity and average life. Despite its high production fees, the most commonly used is 24-Epibrassinolide (EBL); thus, research of cheaper analogues with similar/higher activity constitutes a priority.

This research used the functional analogue DI-31, a synthetic spirostanic molecule, the active ingredient of the commercial formulation BIOBRAS 16, and characterised by a spiroketalic ring instead of the typical BR side-chain. Applications of DI-31 improved the photosynthetic rate and yield of greenhouse-grown pepper and endive plants. Similarly, the BIOBRAS 16 prevented the negative effect of salinity in rice and lettuce. In comparative studies with EBL, authors reported that foliar applications of BIOBRAS 16 in strawberries induced greater protection against Colletotrichum acutatum. Meanwhile, in Arabidopsis thaliana (L.) Heynh plants submitted to drought, the DI-31, showed stronger and longer-term activity than EBL.

It is known that legumes tolerance/sensitivity to drought is variable, but in all cases, the final yield is drastically decreased3. Thus, plants' absolute yield and components were measured to determine the effect of DI-31 application frequencies throughout the soybean cycle and on the Drought Tolerance Efficiency (DTE) index.