Observations of Top 15 Bio-Agricultural Financing Cases: what were the industry sectors having attracted investment in 2021? 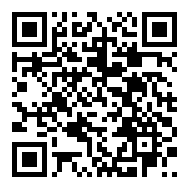 New rules for registration of Microbial Biological Control Agents (MBCAs) in EU – a boost for commercialisation?

The global amount of financing last year for startups in research and development of biological inputs for crops was around $900 million, according to AgFunder. This amount is twice of the total amount of financing in the previous year, revealing a high interest in this industry sector from business players.

To seek opportunities from the changes in the industries, we need to look into the hidden chances that may exist in the dynamic industry sectors to create a new vision. This paper presents observations on the top 15 bio-agricultural financing cases in 2021, in a purpose to get a glimpse of the brand-new future of agricultural development.

The super strong borrowing capacity of the U.S. startups is best shown by the bio-agriculture. In 2021, out of the top 15 global bio agriculture-oriented financing cases, seven (50%) of the companies were U.S. headquartered companies while the U.S. companies topped six investments.

The participating investors not only included venture capital companies behind the large crop protection companies, such as FMC Ventures, Syngenta Ventures and Bayer, but also included cross-sector international investment firms like Temasek as well as segment market investment firms like the life sciences-focused Novalis, food technology-focused Blue Horizon Ventures, the health and life science-focused K2 Health Ventures. The capital inputs from multiple parties, which is flowing into the bio-agricultural industry sector, are an indication of the increased potentials of bio agriculture.

In terms of the amount of financing, the four of the top five companies were Pivot Bio, AgBiome, Anuvia Plant Nutrients and Invaio Sciences, accounting for 80% of the total. The four companies raised multiple rounds of funds, having borrowed in average an amount of over $100 million last year. The rest of the companies were mostly at A round or earlier seed round, with the level of financing being much lower than the first several companies. The Matthew Effect of bio-agricultural financing has appeared.

Pivot, the first-place company, raised $430 million funds from DCVC and Temasek, far ahead of the second place AgBiome ($116 million). This deal is one of the top 20 deals in the agri-food technology industry. So far, Pivot Bio has raised a total of $600 million, its corporate valuation approaches $2 billion.

Soil health has a huge market, seven of the 15 investments in 2021 involved soil health, for which Pivot Bio received highest amount of financing to develop and sell microbial nitrogen-fixing products.

Pivot Bio combines cutting-edge synthetic biology with conventional breeding technique to program the naturally existing microbial DNA in the soil, using the continuously produced enzymes to break down nitrogen in the air to form nitrogen, which is ammonia, for crop use.

With today’s economical and faster computing capability, identification and verification of microorganism that can fix nitrogen have become possible. DCVC was one of Pivot Bio’s first number of investors. In the opinion of DCVC’s managing partner Matt Ocko, the decision to make investment is attributed to Pivot Bio’s cutting-edge technology and visible commercial benefit, saying that DCVC will not finance the initial science that bubbles up on the work bench because what needs to be seen is a clear and visible path to commercialization.

Pivot Bio launched its first microbial nitrogen-fixing product for use in maize in 2019, followed by products for wheat and sorghum in the coming two years. In 2021 alone, Pivot Bio could replace synthetic nitrogen on more than 1 million acres of cropland, up 300% year on year. Earlier this year, Pivot Bio launched its fourth corn solution, which is expected to replace up to 40 pounds of synthetic nitrogen per acre.

According to a report issued by the International Fertilizer Association (IFA) in 2017, approximately half of the world’s synthetic nitrogen is used to fertilize maize, wheat and rice, totaling to a market value of about $60 billion. Today, Pivot Bio is developing a fertilizer for paddy rice.

Pivot Bio is trying to get through from production to consumer side. The company launched a casual snack last October - Yellow Butterfly Popcorn, which is made using grains that are grown as fully covered by Pivot Bio’s microbial nitrogen-fixing products in the whole course of growth. While telling a clean production story, Pivot Bio has addressed the concern of consumers and helped farmers to earn a price premium by growing grains without the use of synthetic nitrogen.

Another company, Kula Bio, is also working on solutions similar to that of Pivot Bio, using the nitrogen-fixing X.autotrophicus. Unlike Pivot Bio’s customized microbial products for application to specific plants, the products developed by Kula Bio can be used for any crops, at any locations. The company completed a $10 million seed round financing in May 2021 and received another $50 million A round financing in early 2022.

Anuvia Plant Nutrients, which uses organic wastes generated in the growth and processing of food to convert the organic wastes into biofertilizer, received $103 million C round financing to scale up production of biological fertilizers.

The French Gaïago, which received a $15.4 million financing, has launched a biostimulant based on plant extracts and mineral elements.

The Canadian Lucent BioSciences is positioned to develop sustainable, carbon neutral and pollution-free fertilizers via the use of its proprietary technology. Its key technique encompasses proper combination of bioavailable micronutrients (iron, manganese, copper and boron) with cellulose, which does not cause nutrient loss but can ensure a satisfactory absorption of nutrients by plant roots.

AgBiome raised $116 million funds last year. AgBiome’s core competence lies on the platform Genesis™ as developed on its own. The platform can quickly and efficiently screen and identify functional genes via a big data platform to allow for further identification of functional strains and breeding traits. The platform has so far identified more than 100 microbial strains for potential application to biological solutions.

Agbiome has launched several bio fungicides and is also making research of bio nematicides. The company is currently developing microbial fungicides and nematicides for African farmers for application to maize, sorghum, banana and yam.

Biological control, which is based on peptides and insect pheromones, is a fast-growing novel and sustainable solution in recent years. Pheromones are non-toxic and are generated from insects; peptides are SHBs. This is safe for work staffs and beneficial insects, without harm to the environment. Among the TOP 15 financing cases, two cases were respectively related to these two products.

Vestaron, which raised $18.30 million funds in 2021, as being backed up by its platform engaged in development, production, optimization and supply of bio pesticides, has achieved commercialization of its peptide-based bio insecticides, having been put on sale satisfactorily. In this May, the company received another $82 million C round financing for development of its peptide insecticide Spear, which is used for extended application to row crops and for development of product of contact toxicity against soft pests such as thrips, aphids and whiteflies. In addition, the company is prepared to invest in development of a new product range.

Micropep raised $10 million funds in A round to develop peptide-based products, FMC Ventures joined the financing. Micropep has developed a proprietary technology that precisely enhances plant traits without altering DNA via spraying of “miPEP” (a unique natural peptide family that regulates plant microRNAs), having circumvented public pressure on GMOs and avoided the cost of RNAi. Its regulated plant phenotypes include germination, early-stage growth, disease resistance and flowering.

BioPhero’s strength lies on its new development and extension to the ways of production of insect pheromones via microbial fermentation, being capable of providing pheromones for growing of row crops such as corn, rice and soybean at desired cost, quality and quantity. As known to all, production of insect pheromones has always been at a higher cost. According to the company’s assertion last August that no companies within the industry could successfully produce pheromones at a cost and scale fit to global practical applications. However, the company is able to produce tons of pheromones and is ready to start production of its first product. The $17 million funds raised by the company was provided by DCVC as the lead lender, joined by FMC Ventures and Syngenta Group Ventures.

Provivi, another insect pheromone R&D company, does not have its own production plant, being involved in a supply chain which is lengthy and complicated. The logic behind its borrowing from the Gates Foundation is similar to the “one for one” business model of Tom Shoes, where Provivi commits to development of product for sale to smallholding farmers in Kenya, Bangladesh and India, whilst the funds of Gates Foundation are spent on farmer education related to product to help build relationship between farmers and Provivi , such that farmers will continue their purchases at cost price.

Cost is a bottleneck which restrains scale-up development of biological products. Among the above enterprises, a lot of them are good at cost reduction, in different ways, whilst all of them are advancing toward this goal. Some use innovative production method; some apply cutting-edge technology; and some try to improve the efficiency of pesticide use by improved spraying. All these efforts are targeting at reduction of cost of applications.

The aforesaid BioPhero could successfully break down the high-cost barrier to development of insect pheromones via innovative production method; Invaio, which received two sums of funds last year totaling to $139 million, is working on an eye-catching precision transport system, which combines an active ingredient (a natural peptide) with a physical transport system as built upon 3D print injection to transport biomolecules to the vascular system of crops.

Groundwork BioAg says that they took the lead in cracking the code for mass production of high-concentration and cost-efficient mycorrhizal inoculants.

The conventional Sterile Insect Technology (SIT) is costly, not economical for the majority of industry sectors. BigSis has developed an innovative automated production system that could reduce the cost of SIT solution by 90%, being particularly appealing to investors.