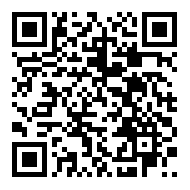 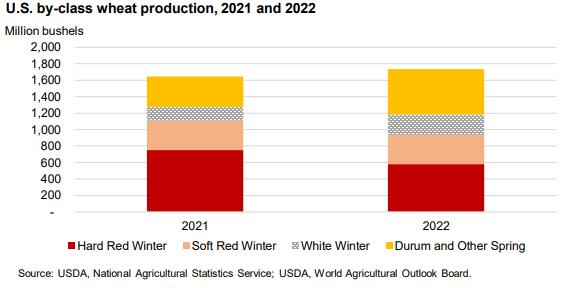 Global wheat production in 2022/23 is projected down 1.4 million metric tons (MT) to 773.4 million. Production increases for Russia, Uzbekistan, the United States, and the United Kingdom and were more than offset by reductions for India and the European Union. Russia’s wheat production is adjusted up 1.0 million MT to 81.0 million as growing conditions continue to be generally favorable resulting in higher yield potential (2.95 MT/hectare (ha)). Higher projected yield (+0.28 MT/ha to 4.71 MT/ha) has resulted in larger than expected production for Uzbekistan. The European Union production is down this month as with reductions to France (-0.3 million MT to 35.7 million) and Spain (-0.3 million MT to 7.7 million) partially offset with larger production in Germany (+0.3 million MT to 22.4 million). Hot and dry conditions have continued to impact condition ratings in France. High temperatures in the last few months of India’s growing season restricted yield potential (-0.08 MT/ha to 3.42). 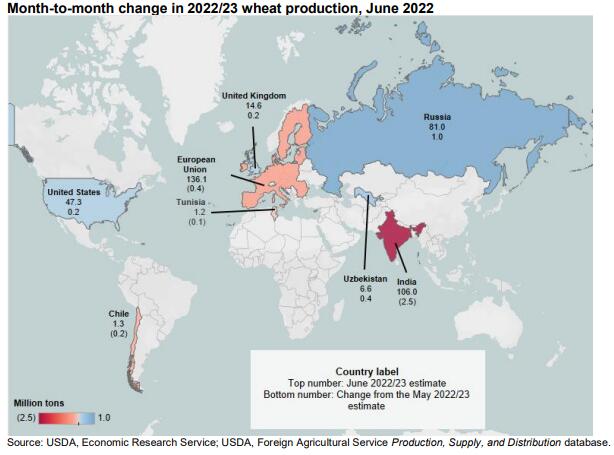 Despite lower production, trade year (July/June) exports are expected to be up 0.2 million MT to 205.4 million. While India’s exports are reduced due to their export restrictions they are more than offset with increases for Argentina, Russia, and Uzbekistan. Russian production is projected higher, and the grain export quota will expire at the end of June allowing for fewer restricted exports at the beginning of 2022/23. Argentina has continued to export large volumes in 2021/22 as they have remained competitive and are expected to continue to be price competitive into the 2022/23 trade year (TY).

2022/23 TY imports are projected up as well, as an upward increase for Pakistan and Iran more than offset reduced import expectations for Bangladesh. Imports for Pakistan are revised up 0.3 million MT on strong pace in the 2021/22 year (also revised higher). The 2022/23 revision is also driven by announcements that it could import 3 million MT of wheat in 2022/23. Iran is also up 0.5 million MT in both 2021/22 and 2022/23 as it saw an influx of shipments in recent months that will likely continue into the new trade year. As a result of India’s export restrictions, Bangladesh, Sri Lanka, and United Arab Emirates’ import estimates are lowered. Figure below shows the month-to-month change for both 2022/23 trade year exports and imports. 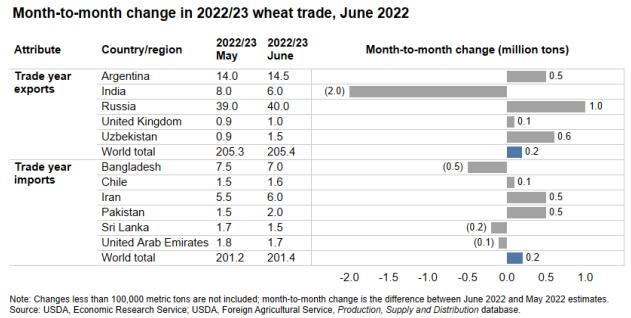 In the 2021/22 marketing year (April/March), India emerged as an important exporter. India exported 8.033 million MT of wheat as countries sought alternative suppliers amidst high prices and curtailed supplies from some major exporters. Historically, India’s exports are variable and largely dependent on domestic production and consumption. While India is the third largest producer of wheat, its consumes most of its production domestically. This month, the World Agricultural Supply and Demand Estimates (WASDE) forecast for 2022/23 production in India was lowered 2.5 million MT to 106.0 million following a heatwave. To secure domestic supplies for its public distribution system, the government of India imposed an export ban on May 13, 2022, but with some leeway. The ban remains flexible and allows for government-togovernment agreements for food security concerns and to continue exports to nearby markets such as Bangladesh, Nepal, and Sri Lanka. For more information on the specifics of the latest policy, see the June 2022 Grain: World Markets and Trade by the USDA, Foreign Agriculture Service. Based on this policy, the 2022/23 marketing year exports are projected at 6.5 million MT, down 1.5 million from 2021/22 and 2.0 million from the May 2022/23 projection.

Production in India has been rising over the past several years and reached a record in 2021/22 as the Government of India has continued to raise the minimum support price (MSP) as an incentive to encourage domestic production. While India’s production figure is revised lower this month, it is still historically high. Consumption has also been rising over time and in certain periods has exceeded production. Since 2017/18 production has exceeded consumption resulting in rising ending stocks. This stockpile allowed India to export wheat in 2020/21 following the start of the Coronavirus COVID-19 pandemic, with exports then reaching a record in 2021/22. India remains competitively priced in the global market, thus the restrictions put in place in 2022/23 will likely keep more grain supplies in country.

In the 2006/07 marketing year, the government banned exports from February through December and further extended this to be indefinite to limit exports for similar reasons as in 2022/23. Once the restriction was lifted in September 2011, India was able to export and reduce stocks as shown by the declining stocks-to-use ratio. This was also during a time with relatively strong international prices making India’s wheat even more competitive. Indian exports subsided in 2015/16 as domestic consumption exceeded production and decrease exportable supplies. Marketing year imports picked up in 2016/17 as India became a net importer of wheat as international market prices were weak and import duties were removed. India currently has an import duty of 40 percent and with production still projected as larger than consumption, imports in 2022/23 will be limited.

For the 2021/22 trade year (July/June), India was the eighth largest exporter ahead of Kazakhstan. India’s importance as an exporter varies depending on international prices, domestic production, stock levels, and its trade policies. India is still projected to be in the top 10 exporters in 2022/23, but export restrictions will likely have an effect on India’s top export destinations. These countries will either seek supplies from alternative sources at higher prices or rely more on stocks for domestic use. 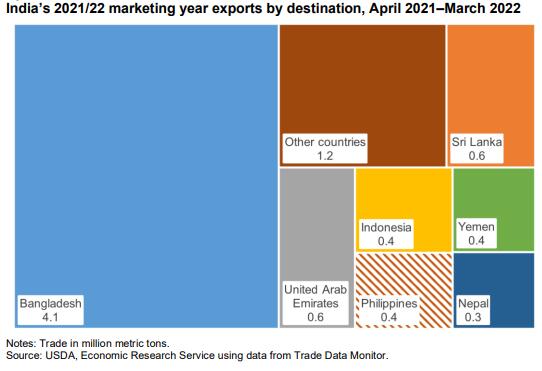