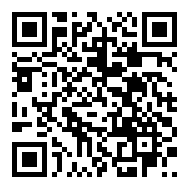 The Brazilian National Health Surveillance Agency (Anvisa) suspended on Tuesday, June 21, the import, production, distribution, and commercialization of the fungicide carbendazim – one of the most used fungicides in Brazil in crops such as soybeans, corn, oranges, and apples.

Acting President of Anvisa, Meiruze Freitas, said that the pulverization of carbendazim is also being suspended with immediate effect until the conclusion of the process, scheduled for August 8, after a final vote by the directors of the Brazilian regulatory agency.

At the Anvisa meeting, it was decided that there would be a public consultation until July 11 to listen to technicians, industry, and others interested in contributing to the reassessment of the fungicide.

One of the options would be to open up the possibility for Anvisa to grant a period for industries and stores to market carbendazim between August and November 2022.

Carbendazim is a broad-spectrum, systemic fungicide from the benzimidazole group for use in foliar application and seed treatment.

The main crops for which the fungicide is recommended are soybeans, beans, wheat, cotton, and citrus.

According to experts that AgroPages consulted, the cancellation of the asset removes an important tool, mainly in managing diseases at the end of the soybean crop cycle.

Carbendazim is a tool that has been used for a long time by farmers because it is a low-cost product.

It is considered necessary to manage resistance to other molecules, especially for soybeans, which today have few chemical groups of fungicides.

Europe and the United States have already banned the product on suspicion of causing cancer and fetal malformation.

The meeting that decided to suspend carbendazim was “quite tense” and involved only three Anvisa directors.

Directors Meiruze Freitas, Alex Campos, and Romison Mota, voted in favor of the suspension, while Antonio Barra Torres did not vote because he was traveling abroad.

The rapporteur of the case, Cristiane Jourdan, abandoned the meeting (which was held over the internet), before the vote for suspension.

“If there is any previous deliberation, to compare my vote with a decision with a better effect than a precautionary one, I apologize because I am going to withdraw,” said the rapporteur.

"I withdraw from the meeting and I will take this to the control bodies, to the Public Ministry, because I understand that there was a question of blocking the reading of the rapporteur's vote," Jourdan added before leaving the virtual meeting.