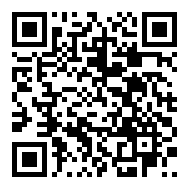 73 export only registration approved in China in 2022 H1, with 2,4-D products registered the most

The 17th Joint CIPAC/FAO/WHO Open Meeting (66th CIPAC Meeting) was held online from June 13 to 15, 2021, with participation of more than 100 CIPAC delegates including CIPAC members, correspondents, experts and industry representatives from more than 40 countries.

The CIPAC Technical Meeting evaluated the results of small and large-scale collaborative verification tests on new analytical methods for 12 active ingredients and formulations. Out of the 12 active ingredients and formulations, nine Chinese pesticide companies, accounting for 75%, which reveals the Chinese manufacturer’s increased capability to file for international standards and analytical methods.

In addition, the MT 178.3 abrasion resistance and MT160.1 spontaneity of dispersion of suspension concentrate organized by the German PAC (DAPA/DAPF) have been validated, which will supersede the MT178, MT178.1 and MT160 methods.