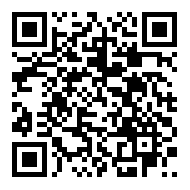 AIL, DFPCL join hands for offtake and supply of Nitric Acid for 20 years

Agro-chemical major company, PI Industries which deals majorly in crop protection chemicals recently hosted a management meet. The entire agro-chemical industry is going through an upcycle especially when it comes to exports due to the increased Brazilian crop problems and favorable crop prices. Total exports of PI Industries are 25% of the total revenue. Revenue growth in recent quarters has been there due to pass-through of prices and strong volumes.

A major part of raw material inflation has already been passed except for a few products as there is always a lag. There is still room for passing through for the remaining products, which will happen in the next quarter. Most importantly, the company is evaluating pharma acquisition options both on CSM side, API side in India or outside India.

The management has stated that there is a big pipeline of products in research. More resources will be added to Flow Technology which is new to the global industry. The company's insecticide PB Knot has received good feedback on the 100,000 acres of land where it has been tested. The successful launch of several new brands in the horticulture segment under Jivagro was seen and more expected in FY23.

In terms of investment, PI Industries has no plans for greenfield expansion, however there is still scope for expansion at existing sites. Therefore, the company is considering some brownfield projects in FY23 and FY24. Capex allocation for FY23 is Rs 500 crore which includes maintenance capex, capex towards research, capital efficiently and process improvement side.

PI Industries has set a target to commercialize 6 to 7 molecules in FY23 for non-agricultural chemical products. Risks like delayed monsoon and an extended heat wave may impact numbers in Q1FY23. The median sales growth is 18.50% in the last 10 years and the company remains debt free. FII/FPI have decreased holdings from 18.88% to 16.44% in March 2022 quarter.