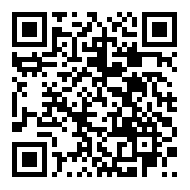 Bayer AG won a fourth case in the U.S. over claims that its Roundup weedkiller causes cancer, the company said late Friday.

A jury in Jackson County, Ore., found that the Roundup weedkiller didn't cause a man's cancer, according to the German pharmaceutical and agro-chemicals company.

It is the fourth case in a row that Bayer has won in less than a year, with the company dealing with a wave of claims since it took over Monsanto Co., the product's original owner, in 2018.

"The jury's conclusions are consistent with the assessments of expert regulators worldwide as well as the overwhelming evidence from four decades of scientific studies concluding that Roundup can be used safely and is not carcinogenic," Bayer said in a statement.

Separately, however, a U.S. federal appeals court on Friday ordered the Environmental Protection Agency to review its assessment that glyphosate, the active ingredient in Roundup, isn't harmful.

In a 3-0 decision, the Ninth Circuit Court of Appeals said the EPA hadn't adequately considered whether glyphosate causes cancer.

The previous EPA assessment is considered one of Bayer's arguments before the U.S. Supreme Court, which is expected to decide whether to review the company's award of $25 million in damages to Edwin Hardeman, who said his cancer was caused by the weedkiller.