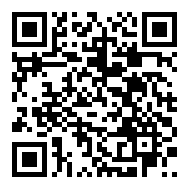 Syngenta Group is considering a plan to launch its mega initial public offering in Shanghai before the end of this year, according to people familiar with the matter, paving the way for one of the world’s biggest listings in 2022.

The seed and fertilizer giant owned by China National Chemical Corp. could seek a 65 billion yuan ($9.7 billion) listing on Shanghai’s Nasdaq-style Star Board that it has already announced, the people said, asking not to be identified as the information is private.

The Switzerland-headquartered company could allocate about 30 billion yuan worth of the offering to strategic investors, the people said. It planned to sell as many as 2.79 billion new shares in the IPO, equivalent to a 20% stake, according to a prospectus filed last year.

Deliberations are ongoing and details of the IPO including size and timeline could still change, the people said. Syngenta declined to comment.

At $10 billion, Syngenta’s listing would rank among the world’s biggest IPOs this year, according to data compiled by Bloomberg. Battery maker LG Energy Solution raised about $10.7 billion in January in South Korea’s largest ever first-time share sale, while Dubai Electricity & Water Authority gathered $6.1 billion in its March offering.

Mega-IPOs still to come include Volkswagen AG, which has chosen lead banks for its blockbuster listing of iconic sports-car maker Porsche, Bloomberg News reported earlier this year. The listing could value Porsche at as much as 90 billion euros ($94 billion), people familiar with the matter have said.

Syngenta was reorganized after China National Chemical, or ChemChina as it is known, acquired the company for $43 billion in 2017, clinching China’s biggest foreign takeover to date. It has since incorporated other ChemChina agricultural units including Adama Ltd. and the agriculture business of state-owned conglomerate Sinochem Corp.

The company updated the financial disclosures for its IPO application on March 31, according to the Shanghai Stock Exchange’s website. The bourse briefly suspended Syngenta’s application to join the Star Board last year, pending an update to information about its earnings. The approval process resumed in October.

Syngenta appointed Yang Lin as its new chief accountant, effective from July 1, according to a statement on the company’s website on Friday. Yang was most recently the chief accountant of Sinochem Holdings Corp.