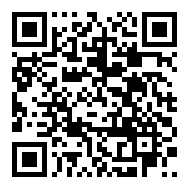 BHP Group is open to taking on a partner as it builds its first potash mine in the Canadian province of Saskatchewan, but can also go it alone and is not currently involved in discussions with rival Nutrien Ltd, a senior BHP executive said on Monday.

"We are more than happy and willing to work with partners. We don't need a partner though," Ragnar Udd, BHP president of Minerals Americas, said in an interview with Reuters. "So it has to be really about what's that partner actually going to be contributing to the mix."

BHP last month said it was looking at accelerating the Jansen, Saskatchewan project by a year amid tight global potash supplies. Prices of the crop nutrient have soared since Western sanctions were imposed against Russia.

Nutrien, the world's biggest potash producer and based in Saskatchewan, last week said it plans to boost capacity by 20% by 2025.

Nutrien interim CEO Ken Seitz told Reuters that he has had no discussions with BHP since taking that job in January.

Russia and Belarus, which also faces sanctions, are the world's second- and third-largest potash producers, while Canada is No. 1.

Prior to the sanctions, some analysts said potash output looked well-supplied. But Udd said steady global demand growth for potash appeals to BHP, and planned expansions of eastern European mines now look to be in jeopardy.

Jansen's first phase is estimated to cost up to $5.7 billion with annual capacity to produce 4.4 million tonnes, starting as soon as late 2026.

"Are we contributing to a glut? That remains to be seen," Udd said, adding that BHP eventually wants to be the market leader.

Jansen's mine shafts are designed for capacity of 16 million tonnes annually, Udd said.

Canada will invest up to C$100 million ($77.83 million) in Jansen's development as a low-emissions mine, Canadian Industry Minister Francois-Philippe Champagne said earlier on Monday.

"We know how critical potash is for our country when it comes to food security," Champagne said.

BHP, in a partnership with Sandvik AB, is planning to install new mining systems at the mine that are expected to reduce environmental impact by using 60% less equipment underground than traditional potash mines, Udd said.

Reuters, citing a source, has reported that the investment will allow BHP to use electric vehicles and equipment.