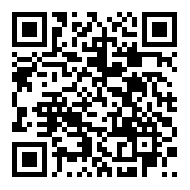 The federal government published a decree that removes the so-called foreman tax from the import tax calculation base in the Official Gazette of the Union, last Wednesday.

According to the government, removing customs valuation will promote “a transversal trade opening of the economy”, reducing import costs, including products from the agricultural segment, such as imported agrochemicals.

The foreman is the activity of moving goods in the facilities within the port and is related to the receipt, checking, internal transport, opening of volumes for customs checking, handling, storage and delivery, as well as the loading and unloading of vessels.

The decree published last Wednesday amends another device, from 2009, which regulates the administration of customs activities, inspection, control and taxation of foreign trade operations related to unloading and handling associated with the transport of imported goods.

With the new wording, “expenses incurred in the national territory and separated from the cost of transport” are excluded while calculating the customs value. The new rules are valid from this Wednesday, the date of publication of the decree.